Ferrari looked incredibly strong in qualifying for the Monaco Grand Prix and Raikkonen broke a new record for the quickest lap around the incredible street track.

The Iceman was on fire throughout the three sessions and was fastest after the opening runs of Q3, in the fight for pole.

He improved even further with his final lap, beating his ridiculously quick Q2 time with a 1:12.178 – now the best ever lap around the Circuit de Monaco.

Typically, though, he didn’t show much emotion for the result. In fact, there were more ‘bwoah’ appearances than usual in post-qualifying interviews.

Many expected Sebastian Vettel to be the lead contender for P1 on the Monaco GP grid and the four-time champion ran his team-mate close.

He was just 0.043 seconds further back in second, to give Ferrari its second front-row lockout of the season, with Valtteri Bottas just 0.002s behind Vettel in third.

Lewis Hamilton was nowhere to be seen in Q3, after being eliminated in the second session – for numerous reasons.

His first lap was disrupted by a huge save at Massenet and he then struggled with the car and traffic, leaving him with just one chance in the final moments of Q2.

However, Stoffel Vandoorne wacked the wall – in a similar style to Esteban Ocon in FP3 – at the Turn 15/16 chicane around the Swimming Pool section.

This brought out the yellow flags and Hamilton was one of the first cars on the scene, ruining his chance to improe and leaving him down in 14th.

We’re definitely set for a fascinating Monaco GP though, with Raikkonen hunting his first F1 win since the 2013 Australian GP and Hamilton looking to bounce back. 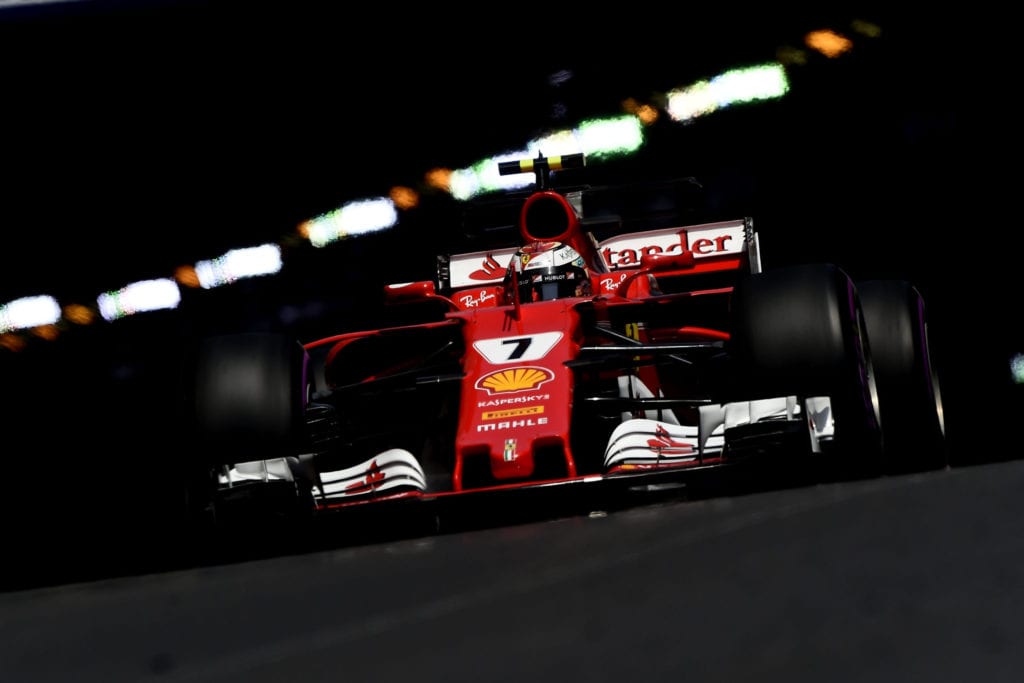