We all know the first rule of F1: never crash into your teammate. Unfortunately, Alfa Romeo’s Kimi Raikkonnen didn’t pass the vibe check when he crashed into Antonio Giovinazzi last weekend at the Portuguese Grand Prix.

Luckily, the crash didn’t influence Gio’s race or damage his car – it only caught him slightly off guard as you would expect! Kimi’s race on the other hand was ruined as soon as he made impact, sending his front wing under his car and forcing an immediate retirement.

Speaking about the crash, Kimi labelled it as being “far from ideal”. Straight to the point, we love it.

However, Kimi revealed that his son had an opinion on the crash and put him in his place. Like they say, you can rely on kids to say things exactly as they are 😂

“I think probably the worst was my son. He was telling me that ‘you always told me to look forward’ when he’s driving go-karts. He gave me a bit of that…”

To be fair, it was a very uncharacteristic mistake from the Ice Man.

At least his kids aren’t afraid to tell him how it is! 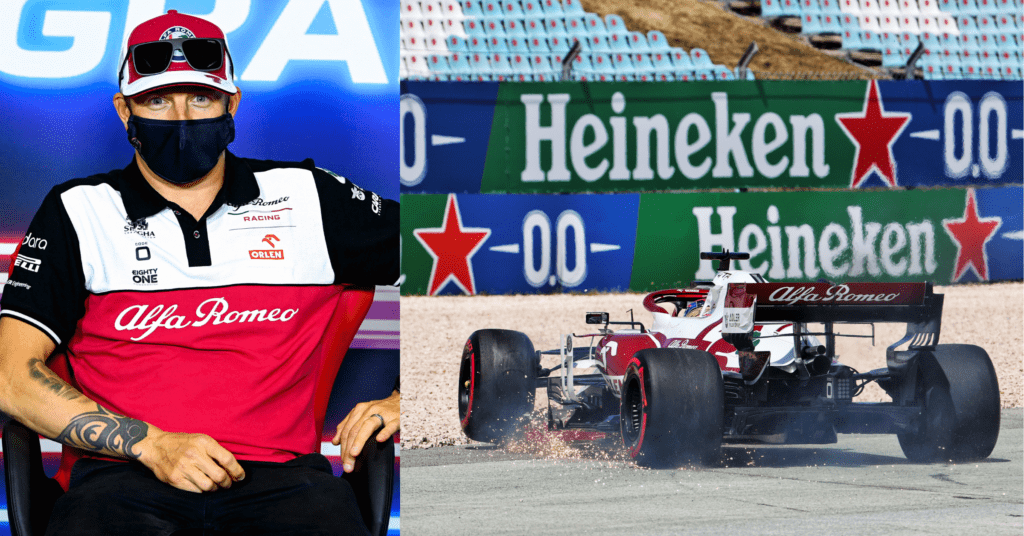