We all know how much Kimi enjoys the limelight, but the inconvenience of winning a Grand Prix has forced him to say a bit more than usual. The Iceman made history with his victory, the gap between this win and his last in the 2013 Australian GP marking a 113-race gap, eclipsing Riccardo Patrese’s 99-race gap between wins.

Kimi tried to hide a smirk as he emerged from the car, and by his standards, gave the entirety of a Finnish saga with,

“It’s not a big deal for me, it’s a much bigger deal for a lot of the people. If it comes, it comes; if it doesn’t, it really doesn’t change my life one bit.

I’m happy we are here and that we win but I think the biggest difference is the way people look at you. If you look at people in a different way if they win or not, it doesn’t make a lot of difference in my mind. But obviously I’m happy, just proving some people wrong it’s enough fun for me.

Obviously I wanted to win, that’s for sure. I wasn’t sure if it was going to happen or not because sometimes it’s been close and something maybe happened. With five laps to go it was going to be OK because I knew my tires were still OK and once they get close enough, it’s so difficult to follow.

It’s nice to hear , especially if you’ve won. Obviously that is what you always want, at any race we come to, all of us want to win. I’m happy for that, it was a great day to prove some people wrong and having a good race but it doesn’t really change anything for me. It’s just a number. Life goes on.

It’s nice to win again – but like I said, it doesn’t change my life or they don’t look at me differently. My son asked the previous race that he wants a new Pirelli – the same tire from the qualifying – because he wants to play with it. Again, I’m sure they’re happy and I’m happy to help them, more than happy. We’ll have a nice talk when we get home.”

He managed the pressure of Verstappen towards the end of the race with a real fortitude, and if you’d had to pick which of the Ferrari drivers looked like the title contender in the context of just this race weekend, most would probably go with Kimi.

Sauber will be rubbing their hands with glee. It was weird when they announced him for next season, as they talked more about him as a marketing asset rather than a driver. He’s clearly still got a lot to offer! 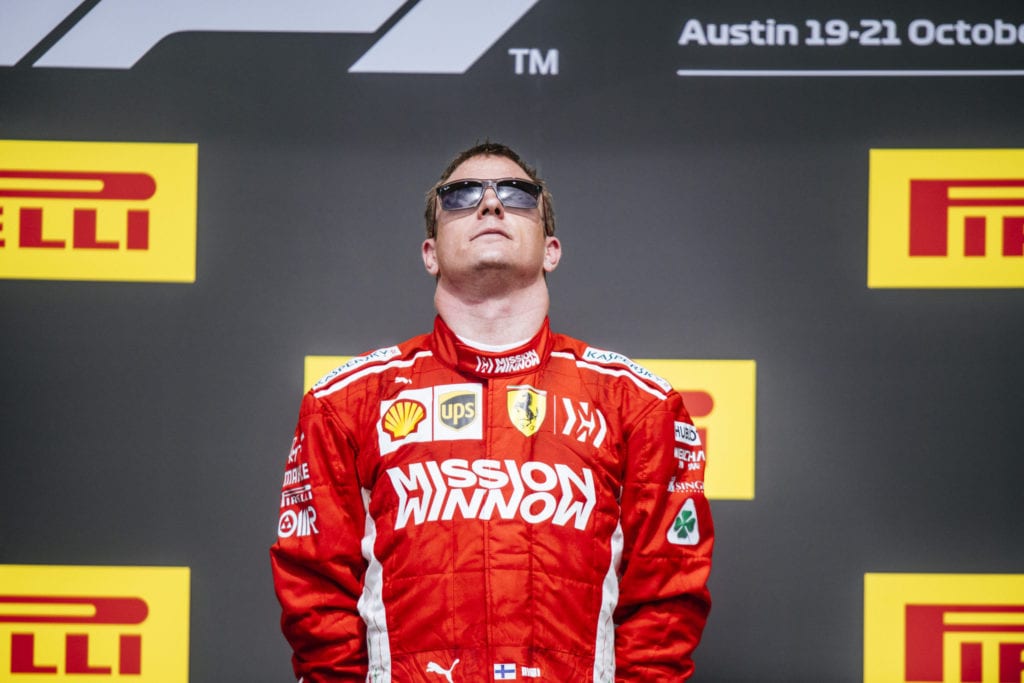