Meeke led through the vast majority of Rally Mexico with his Citroen C3 WRC but it almost ended in tears at the very last moment.

In the closing stages of the final World Rally Championship stage of the event, Meeke went off on a fast right-hander.

We certainly weren’t expecting that!

He flew off into a car park, then seemingly got a little bit lost trying to navigate his way back to the road.

While trying to avoid smashing into spectator cars and doing some drifts around the car park, he managed to find his way back onto the road.

Meeke managed to complete the stage but it was a pretty crazy way to end Rally Mexico. The spectators waiting in the car park certainly got a surprise…

It’s a good job Meeke entered the final part of the rally with a considerable lead, because he ended up taking the win by just 13.8 seconds over M-Sport’s Sebastien Ogier.

Thierry Neuville actually managed to finish a rally this time round for Hyundai and completed the podium in third.

But, that’s not important now. All we want to do is watch Meeke’s car park excursion on repeat. 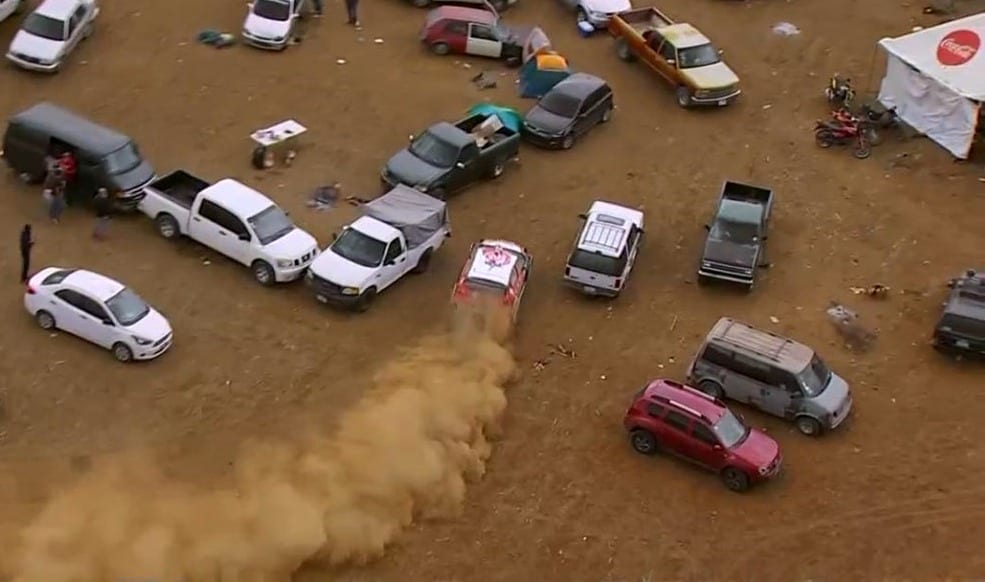