By its very nature, rallycross is a bit of a random sport. The best drivers and teams will always rise to the top, but with the combination of five-wide starts in the qualifying heats, joker laps, aggressive driving and slightly fragile cars, you’d think it’s a championship where it’s pretty much impossible to dominate.

If that’s true, someone forgot to tell Johan Kristoffersson. The Swede dominated his home event to take his fifth win from the six rounds so far this season, and his 12th from the last 15.

That’s not to say there was no competition, however. Teammate Petter Solberg was looking quick but failed to make it through the semi-final stage after his car broke down. And in the final, the two EKS Audi’s and the updated Peugeot of Timmy Hansen had a realistic chance of winning, but Kristoffersson was just too good. He nailed the start and edged out a lead, leaving the rest to scrap for second.

It was a close scrap, too – on the final lap, Andreas Bakkerud took his joker lap and slotted in between the battling Hansen and Mattias Ekstrom. Bakkerud bumped his way past the Peugeot; Ekstrom attempted to follow suit at the next corner but simply punted Hansen into the gravel to take third.

It wasn’t to last – stewards decided Ekstrom been too aggressive and gave him a penalty for “pushing and overtaking” which dropped him to sixth. Whilst that will be little consolation for Hansen, the big beneficiary was Jerome Grosset-Janin. He scraped through to the final in his Renault Megane RS and by staying out of trouble managed to benefit from the carnage (and Ekstrom’s penalty) to give the GCK team its maiden podium.

Sebastien Loeb (the only person other than Kristoffersson to win this season) had a modest event, which wasn’t helped when his suspension broke in Q3, and he went out in the semi-final stage. Another unlucky driver was Timur Timerzyanov. The Russian was having a mega weekend and would surely have made the final were it not for a puncture in the semis.

The battle for second in the championship is looking very close – just nine points separate Bakkerud in second from Ekstrom in sixth. But yet another dominant event from Kristoffersson puts him a massive 40 points ahead of everyone at the halfway stage of the season. At this it rate it’s not just looking likely that he’ll win a second title, but with his current form, it wouldn’t be surprising if he wins every remaining round. 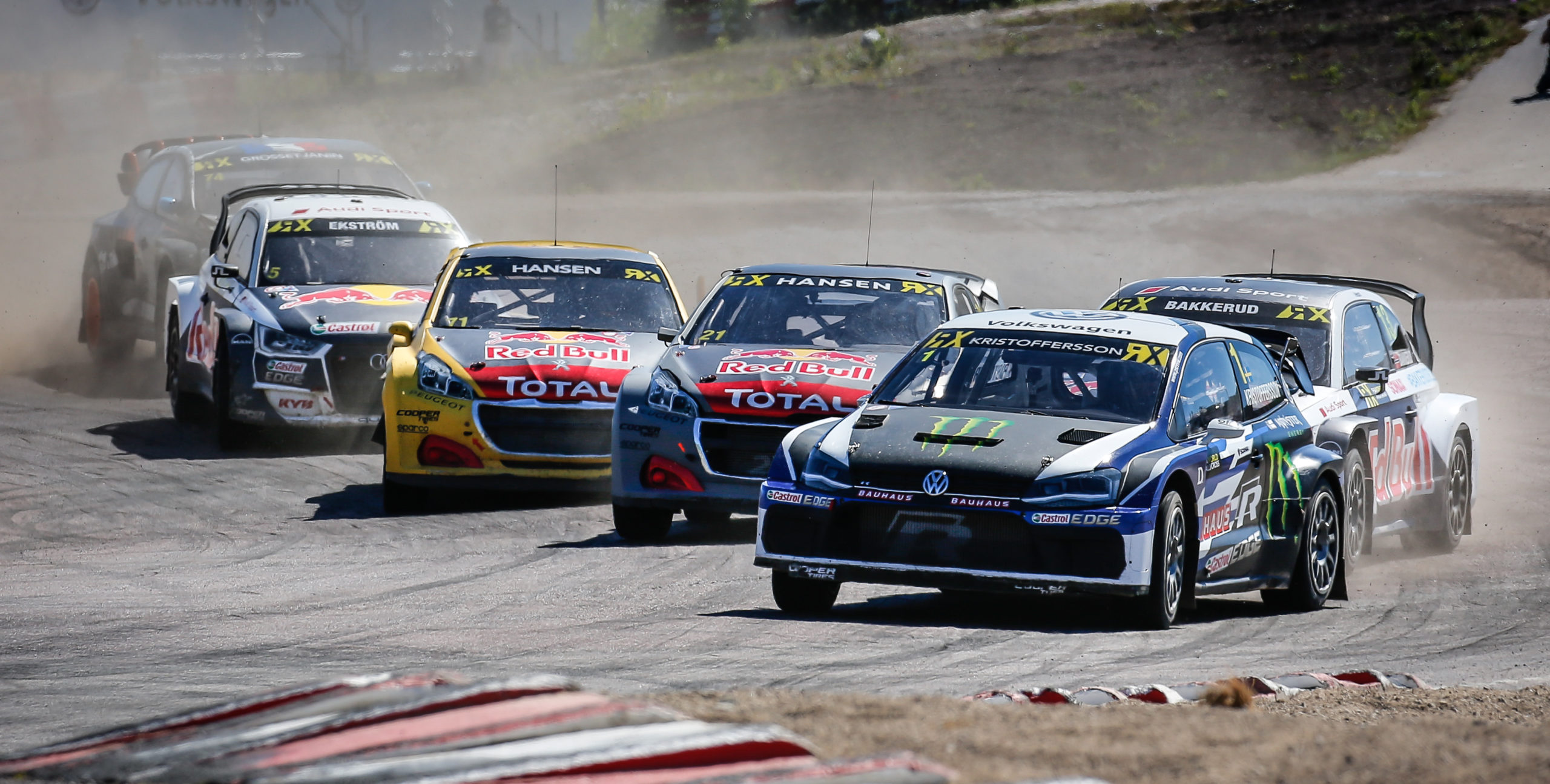