Kristoffersson Completed A Clean Sweep In Norway For His Fourth Win Of The Season – WTF1
Skip to content
×
News , Rallycross

It’s only the second time in World RX history that a driver has topped all four qualifying sessions and gone on to win the semi-final and the final (the other being Andreas Bakkerud at the same track in 2016). It continues Kristoffersson’s imperious run of form – he’s won four of the five rounds this year and 11 of the last 14. Given how frantic rallycross can be that’s a seriously impressive record – then again, he’s not the reigning champion for nothing!

Behind him Mattias Ekstrom took his first podium of the season – a solid recovery considering he didn’t finish (and barely even started) his Q4 race. Third was Petter Solberg, with Kevin Hansen equalling his career-best finish of fourth. Timmy Hansen and Bakkerud didn’t really feature much in the final after colliding in the first corner.

Still, they had a better result than Sebastien Loeb, who didn’t make the final for the first time this season. He suffered an embarrassing setback when he completely forgot to take his joker lap during Q3. That cost him a decent starting position for the semi-final and ultimately proved his downfall.

All this means that Kristoffersson extends his championship lead over Sebastien Loeb to 31 points, with Bakkerud and Solberg just a couple of points further behind.

Away from the championship fight, there was a special guest this weekend as former F1 driver Alex Wurz made his rallycross debut. His father, Franz Wurz, was a triple European Rallycross champion and although Alex didn’t make it out of the qualifying stages, he showed a decent rate of improvement throughout and it’d be good to see him back for a few rounds later on in the season.

Speaking of future events, the next round takes place in Sweden from 30 June to 1 July. Can anyone take the fight to Kristoffersson? 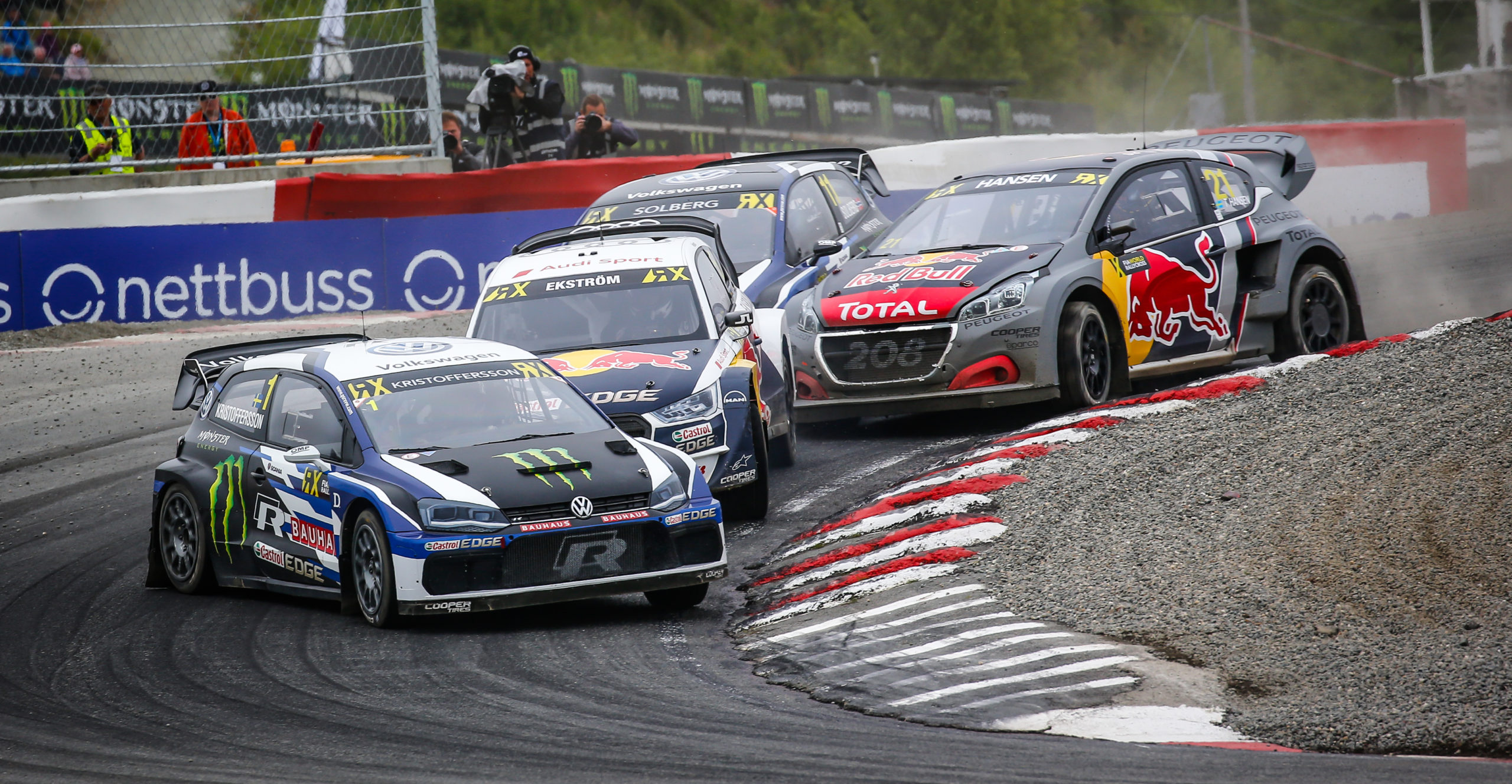