Sebastian Vettel set the pace in his brief stint for Ferrari on the second and final day of the post-Hungarian GP test, but it was another driver who stole all the attention.

That was understandable, though, because the driver everyone was focusing on was Robert Kubica – 2008 Canadian GP winner and former BMW Sauber and Renault racer.

Kubica was tipped for big things in F1 before the 2011 rally accident that cut short his stint in the sport. But, earlier this year, Kubica returned to the wheel of an F1 car, with two tests in a Lotus E20.

Following on from his outings in the 2012 car with Renault, he was then announced as one of its drivers for the Hungaroring test.

And he had a very productive day. It was his first time driving a contemporary F1 car since before his rally accident, with Renault giving Kubica his debut in 2017 machinery.

In total, Kubica managed 142 laps across 20 different stints – completing the equivalent of two Hungarian GP race distances. It was a special day for Kubica, Renault and his fans.

It didn’t get off to the best start after he clipped the wall of his pit garage as he emerged for the first time, which knocked down Nico Hulkenberg’s driver sign…

But, that was the only blip, quickly completing installation laps and moving onto timed runs. He was P7 in the morning but improved with an ultra-soft lap in the afternoon to finish P4.

He put in a 1:18.572s lap, which was 1.448s behind pacesetter Vettel, who was only in the car for two hours before handing over the Ferrari to Kimi Raikkonen.

Vettel’s best time was a 1:17.124 on super-softs, two tenths clear of McLaren protégé Lando Norris, who made his public F1 test debut. Raikkonen was third after clocking 60 laps.

Toro Rosso’s Carlos Sainz Jr. and Daniil Kvyat were fifth and sixth after splitting running, with Force India’s Lucas Auer seventh – before driving duties were picked up by Nikita Mazepin (who was P9) in the afternoon.

Mercedes junior and GP3 racer George Russell was eighth quickest. His second day in the car featured a run with a tweaked version of the F1 ‘halo’.

Here’s a full run-down of the times:

How cool is it to see Kubica’s name back on the F1 leaderboard? 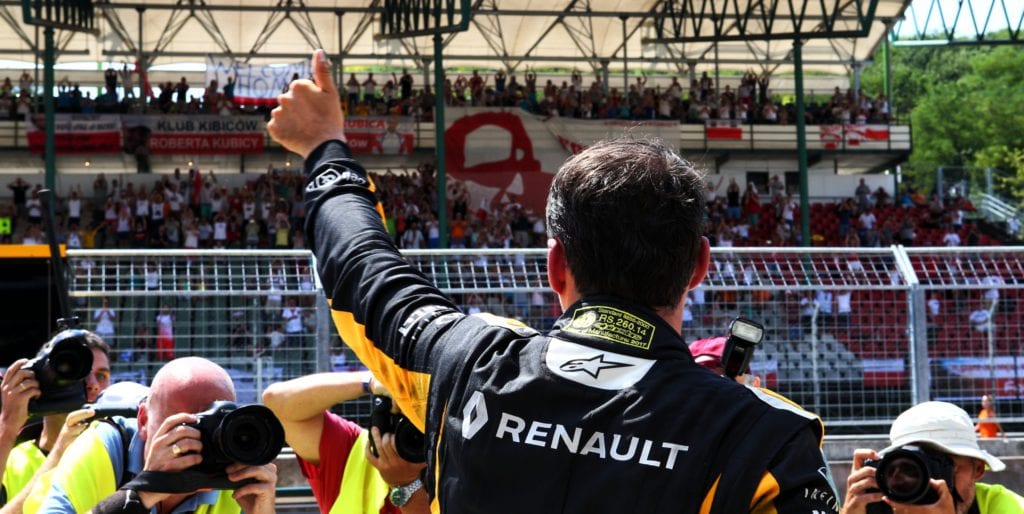