Kubica Had Some Fairly Disheartening Comments About What It’s Like To Drive The Williams – WTF1
Skip to content
×
Formula 1 , News

How cool was it to see Kubica back behind the wheel of an F1 car during a grand prix weekend?! With this being one of three FP1s he’ll take part in this season, we were all keen to see how he did and what his thoughts were.

He ended the session 19th and ahead of only Lance Stroll (which of course comprehensively proves that he should have got a race seat this year…) and with Stroll and Sergey Sirotkin being at the back in FP2 as well, it looks like Williams is firmly occupying the bottom slots this weekend.

For Kubica, it was the first time he’s driven the FW41 since pre-season testing and his comments on how it drives were… well, not good. Apparently enjoying the experience was difficult because the car is so tough to drive (as evidenced by Stroll’s crash and Kubica himself having a spin). He said:

“It’s difficult to say that it was enjoyable because our car balance was very bad and it was very difficult to drive, so it was difficult to enjoy it. But I’m satisfied with the session and how I reacted to difficult conditions and a difficult balance. It sounds strange that you can be happy about P19 but actually I’m happy.

“To enjoy it you need to have a car which is suiting your driving style and is giving you margin to drive it. Often unfortunately now we are in a position that we are going around the track and we are not driving the car. And this is not enjoyable. This is hard work. I know it sounds strange, but it’s hard work to be four seconds off the pace, it is harder work that maybe fighting for one tenth or two tenths.

Although he was happy with his own personal performance, he told Sky F1 that having such a slow car actually made him feel a bit embarrassed:

“I felt embarrassed when I was driving inside the car because it was so difficult and I felt so slow in some places. But we couldn’t do more.”

Williams will be hoping that his experience and knowledge can help benefit the team in the future. Kubica says they know exactly what the issue with the car is, although it’s going to take a fair bit of time to solve. Aside from his efforts to drive Williams forward in his reserve driver role, Kubica still has an eye on proving himself ready to return to a full-time race seat.

“That is a good test for me because you need to understand where is your limits and where is the limit of the car. In my position when I have to deliver feedback and cannot do silly things, I’m happy by how I reacted to those conditions.

“I was expecting to have bigger emotions. I had much bigger emotions in the past when I was testing for the first time or even in Abu Dhabi. Although I’m not driving often, it is becoming natural. For sure it’s nice to be in an official session of a grand prix weekend but it would be nicer to continue.”

He’ll be back in the car in the post-race test at Barcelona, and will also make FP1 appearances in Austria and Abu Dhabi. Can he do enough to become a full-blown F1 driver again? If he can, he’ll be hoping his comeback is with a car that’s rather better than the FW41 is at the moment… 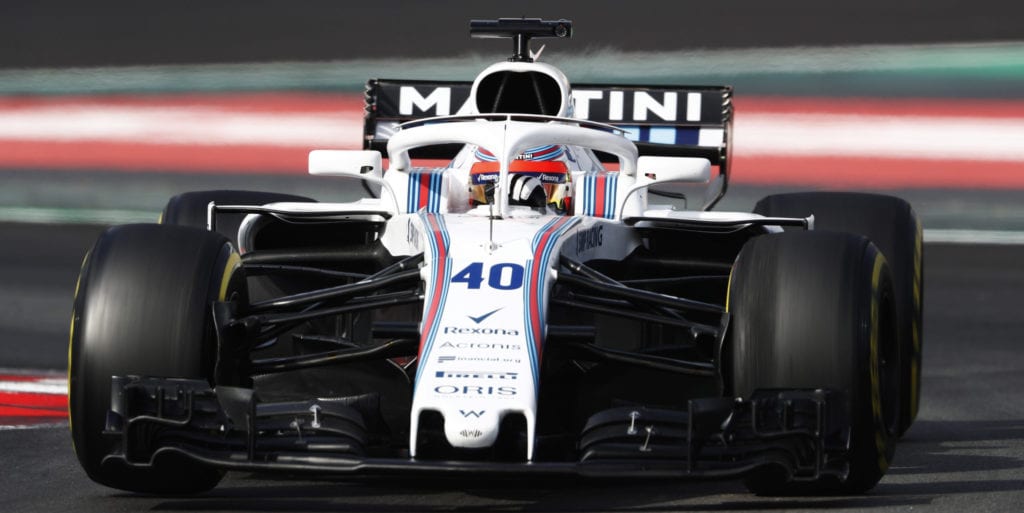