Kubica Has Been Promoted To The Points After Penalties For Both Alfa Romeo Drivers – WTF1
Skip to content
×
Formula 1 , News

The Alfa drivers were placed under investigation after the race for reasons surrounding the start procedure. Both Kimi Raikkonen and Antonio Giovinazzi used clutch maps at the start which “provided a more gradual application of the torque, which given the wet conditions was a potential advantage”, according to the stewards’ verdict.

Alfa Romeo claimed it was the result of being unprepared for a wet start but rules are rules. As a result, the stewards have deemed both drivers worthy of a penalty – a 30-second post-race penalty, to be exact. Because of how close the field was due to the late safety car, that drops Raikkonen and Giovinazzi from seventh and eighth to 12th and 13th – in other words, last. It promotes Romain Grosjean to seventh, Kevin Magnussen to eighth, and Lewis Hamilton to ninth.

But, best of all… it means that Williams and Kubica are 10th, scoring a single point. Hooray!

It’s a shame for Alfa Romeo but, given how utterly crazy the rest of the race was, it somehow seems only fitting that Williams comes out of it with a point. George Russell must be kicking himself – this is only the second time all season that Kubica has finished ahead of him (the other being in France) and he’s ended up scoring the team’s first point of the year. To make matters worse, he had been running ahead of his teammate until right near the end of the race, when a mistake at Turn 2 allowed Kubica ahead of him.

Still, it’s an incredible result for the Williams team – and for Kubica. The last time he scored points was in the 2010 Abu Dhabi GP, when he finished fifth for Renault. That was eight years, eight months and 14 days ago – the longest gap between points finishes for any driver in F1 history, beating the previous record held by Lucien Bianchi (seven years, 11 months and seven days, between the 1960 Belgian GP and 1968 Monaco GP).

Edit: There could be a twist in the tale as Alfa team boss Frederic Vasseur has said the team intends to appeal the penalty… 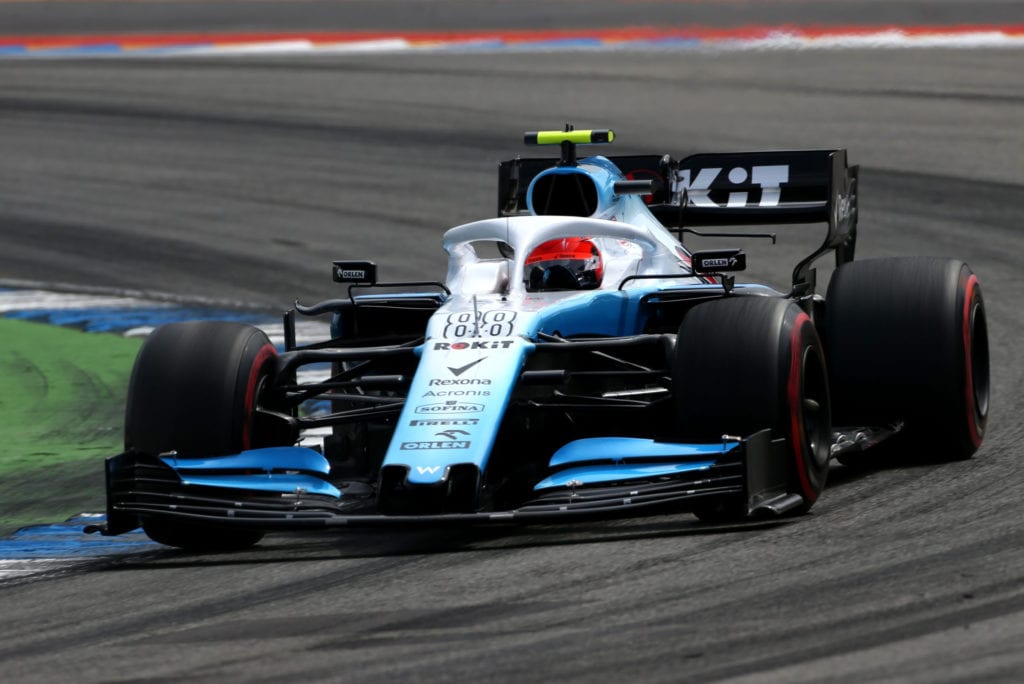