On the face of it, Kubica’s first F1 qualifying session for over eight years didn’t go too well – last on the grid, 1.7 seconds slower than teammate George Russell, and a session that ended with a puncture after tapping the wall.

However, it wasn’t the result of driving rustiness, or even pushing too hard trying to wring a lap out of a difficult car – in fact, it was quite the opposite. The Pole said that for some reason, his car felt so good on his final run that the extra performance simply caught him out:

“In quali something strange happened. Well not strange, something positive, but we need to understand the reason. I was struggling with grip and then suddenly when I left the garage in Q1 for my third run I felt much better grip and I could actually drive the car for the first time today.

“We are probably not getting on with the tyres, but straight away I felt much better grip. It’s a shame because I made a mistake on the exit of Turn 10, clipping the wall. But that was my first lap where I could drive the car.

“We had nothing to lose and I felt more grip. Actually I was nearly one second [ahead] to my lap time before at the exit of Turn 9. It’s not even a corner Turn 10, but probably exiting Turn 9 I had a bit more grip and it pushed me a bit wider into 10. It’s a shame but that’s how it is.”

It’s rare that you hear a driver complaining of too much grip, but when it happens as suddenly as it did for Kubica you can understand how it had such a drastic effect. He’d have had to try and readjust his approach to what he thought was possible in less than a lap, all while giving it everything.

It’s potentially a good sign. Whatever changed between runs – tyre pressures, track temperature, the way Kubica prepared his outlap – has unlocked some performance in the FW42. Given that Kubica said it was the first lap where he could actually drive the car, it seems like it might have had a reasonably significant effect. The gap to other teams has come down over the course of the weekend and although finding out what caused the car to improve won’t suddenly thrust Williams into contention, it could be a decent starting point. 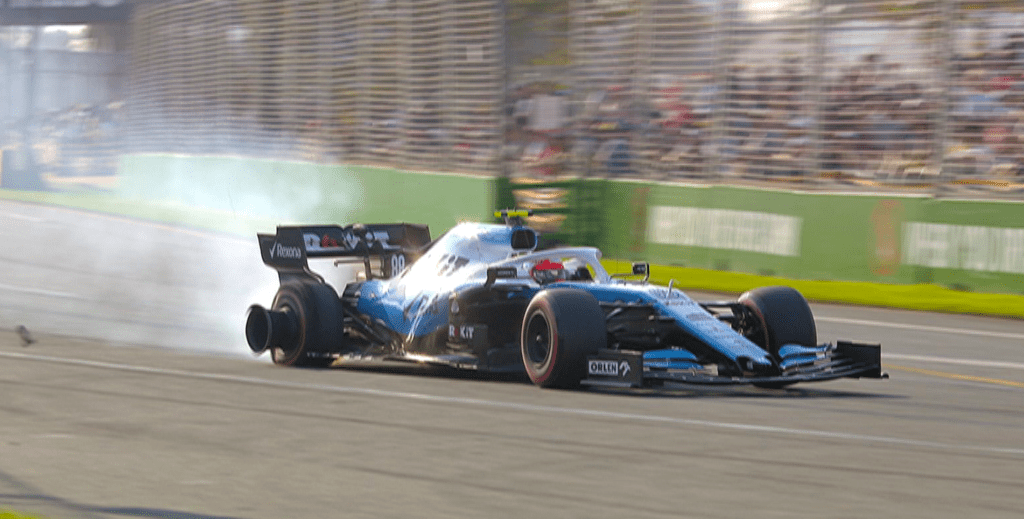