Kubica Is Confused Over His Lack Of Race Pace In China – WTF1
Skip to content
×
Formula 1 , News

Kubica Is Confused Over His Lack Of Race Pace In China

Kubica finished over 15 seconds behind his rookie colleague in Shanghai as Williams once again found itself at the back of the field. Just a day beforehand, however, Kubica was a mere 0.03 seconds shy of Russell’s best effort in qualifying. This came as a surprise – in a season of many for the Pole – as he felt that his strengths were in his race pace, as opposed to one-lap pace.

Following a spate of tests in preparation for his first F1 season since 2010, Kubica is quoted by Formula1.com as saying that consistent pace had not been an issue for him, making it all the more baffling.

“For whatever reason, since I drove the new generation cars I had to work on my single-lap pace, but on the long runs I was always very good. Since I drove this car – my first long run was in Australia – but the pace is nowhere and the feeling is much worse than I ever had on long runs. I have no grip.

“I managed to do something in qualifying because the grip delivered by the tyres is much higher, but I cannot do the things that the guys in front are doing, or even George, so it’s very strange. I really tried everything but when you have no grip, there’s no magic in the sport.”

There have also been reports that the two respective chassis are not entirely similar, with Kubica’s car giving different aerodynamic readings when compared to Russell’s on identical set-ups. For China, Kubica and Russell exchanged certain parts of the cars, leaving the former slightly – if only slightly – happier with his configuration and balance.

He carried on to say that he and Russell hold different views over the car’s characteristics in certain areas with Kubica saying that he is perpetually struggling for grip out of the corners. He even spun at Turn 6 on the formation lap, something he described as the “most exciting moment of the race” for him.

“I have no race pace against my teammate. And when you see exiting corners you are wheel-spinning and losing the car and he’s pulling away… I’m not saying it’s the car, but there’s something we have to understand. I have very poor traction and actually, after the debrief, George said the traction was not so bad. It’s not only the car. There are different factors, but that’s how it is.”

Looking at the data for the first two rounds of the season in Australia and Bahrain, Kubica appeared to lag behind Russell in terms of race pace in Melbourne. However, it was known that the Pole was carrying damage from some stray debris hitting his car in the very early stages of the race. In Bahrain, he looked to be a closer match but the pair were running different tyre strategies.

That, the different car performances and the fact that they are fighting no one but themselves makes it difficult to gather any solid conclusions just yet. The problems just go on. 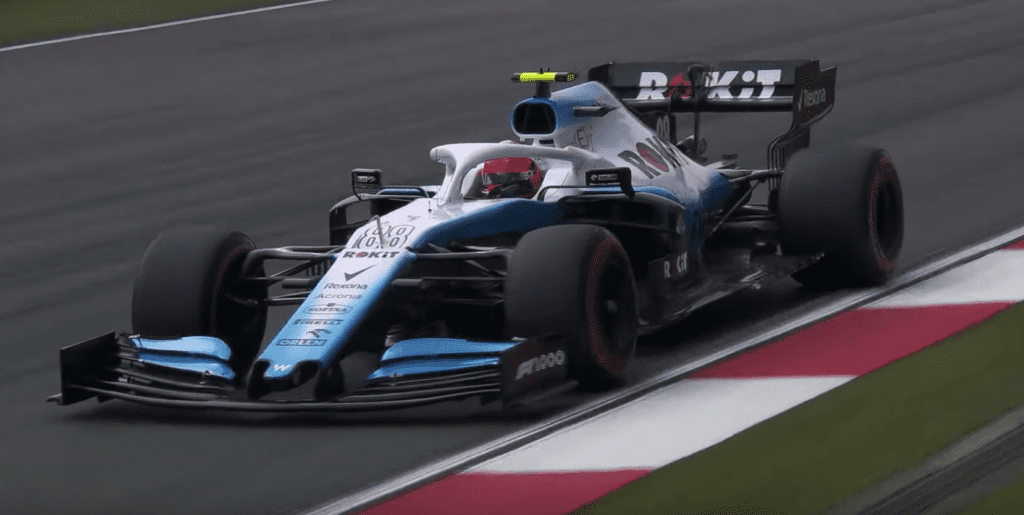