Williams’ struggles this season have been well documented. There was the delay in the getting the FW42 to testing, having to end testing early because certain parts had become worn out, and then the drivers having to be conservative in the early races due to an apparent lack of spare parts.

There is a perception that Kubica has been suffering from these issues more than George Russell to the point where the two drivers even swapped chassis for the Spanish GP to try and pinpoint any differences (there weren’t). Kubica only got his custom steering wheel at the Italian GP and his withdrawal from the Russian GP to preserve the life of parts led to one of Kubica’s sponsors publicly questioned why Williams had to retire an apparently healthy car.

Kubica has been off the pace of his teammate at pretty much every race this year and ahead of the Singapore GP announced that he would be leaving the team (and probably F1 along with it). Unfortunately, instead of seeing out his last few grands prix and trying to enjoy every moment, he’s dropped hints that he feels the team might not be treating him completely fairly.

At Suzuka, the team managed to bring one example of the upgraded front wing in order to test it out. Both drivers used it in Friday practice and Kubica felt it made a difference. Williams opted not to run it on either car due to the weather conditions – a decision Kubica wasn’t happy with. He told Polish TV after the race:

“Friday was very good. First time for a very long time. We changed the front wing. It wasn’t supposed to be better and on the second car it did not give any advantage or was even worse. But my car felt a lot better. However, for strange reasons, the wing was taken from my car this morning before qualifying. I think there was just too much time to think about it on Saturday…

“The typhoon passed, but I think the decision was not related to the track here, but more so to other reasons or choices. This morning, however, gave me a lot to think about. I knew some things, but this morning some boundaries were probably crossed.”

Given that George Russell wasn’t running the new part either, you can’t claim that it’s because of favouritism or anything like that. And given that Kubica stuffed it in the wall one lap into his qualifying session, not letting him use it proved to be a wise decision.

You can see it from Williams’ point of view. Not giving the single example of a new part to a driver shows a degree of driver equality and makes sense from a logistical point of view – had Kubica broken it, then it would set back the team’s development.

But you can also see why Kubica is angry. The team put a new part on his car and he could feel the improvement. As a racing driver, he wants every advantage he can get, and the team took it away from him.

The main issue I can see here is perhaps that communication between Williams and Kubica isn’t the best, which leads to comments like this. It’s a real shame – Kubica’s comeback is something that should be celebrated and remembered as a remarkable story of perseverance and human determination. At the moment it’s at risk of ending on something of a sour note. 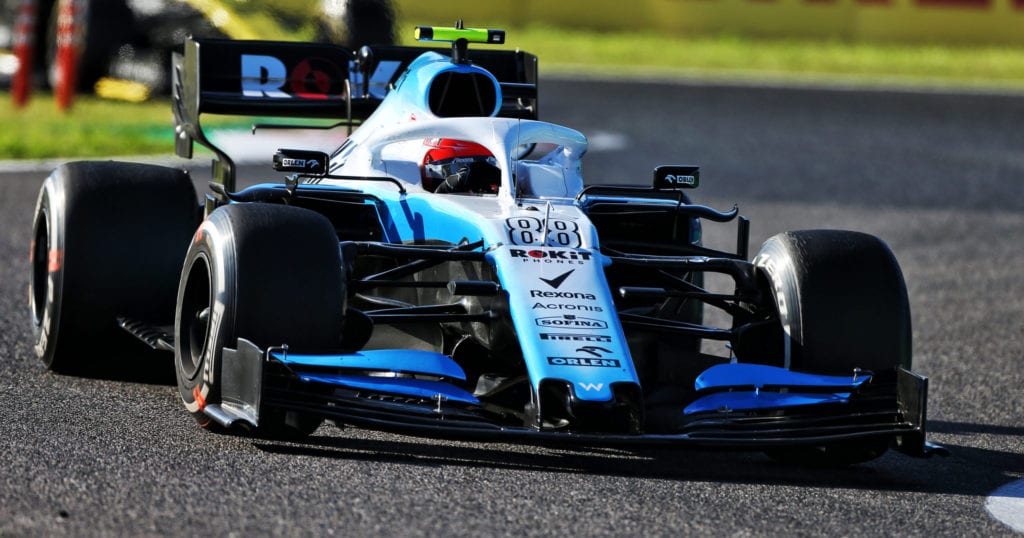