A few months ago the idea of Robert Kubica making an F1 return seemed like just a wild fantasy, but in recent weeks his tests and appearances for Renault have fuelled rumours that the Pole might one day be able to make a comeback.

That hype is only going to intensify now following an interview with Auto Express, where he’s said that his chances of returning to the sport have dramatically improved in recent weeks:

“If you asked me how much I was realistically thinking that coming back to F1 was possible, I would have put myself up to 10 or maximum 20 per cent chance. Because the clock is running – not just the classification, but also getting older. F1 is going so fast that some people forget – not everyone, but some. Because I’m very realistic, and I’m keeping my feet on the ground, [now] I’d put it at 80 or 90 per cent.”

Kubica went on to say how the test in Valencia blew away all the doubts he had about being able to make a return.

You build up your own question marks, based on how you know yourself and your body, and then if you’d asked me about them after even the first run at Valencia, they were gone, gone, gone, gone. Then it becomes much easier than I thought. This gives you good confidence and puts you in a completely different level – of trying to have a better feeling in the car and better performance.

Once my comfort, or let’s say limitation things, were gone in three laps, I could concentrate on trying to get back to the proper rhythm. I’m surprised how it felt; it felt for me like I hadn’t driven for one month, not six years.”

Despite reports that he’s driven in Renault’s simulator and is arranging to have another test, Kubica confirmed that if a comeback does happen, he won’t be rushing it.

“For sure. I cannot step straight into racing F1. I won’t do it. It’d be crazy. If someone called me and asked me to race next week, I wouldn’t do it. It’s not because I don’t feel I’m capable of doing it; I just feel that I cannot rush.”

Way to kill the buzz, Robert! But still, nothing is certain in F1 and all the hype around Kubica could be just that – hype. But when he puts his own chance of a comeback as high as 90 per cent, it’s really, really hard not to get excited. 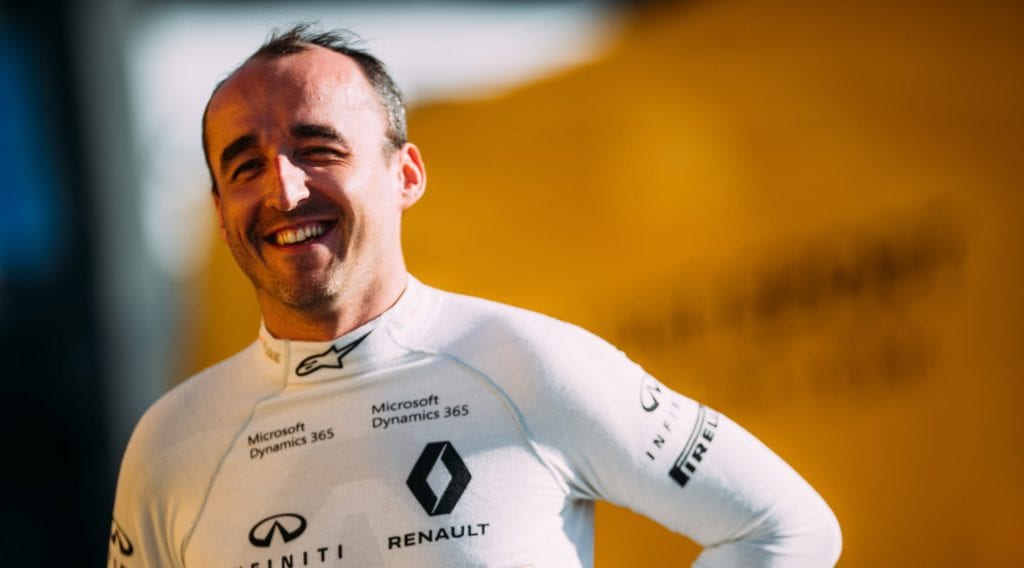