Kvyat Thinks F1’s Stewards Are Singling Him Out

Daniil Kvyat is not happy with the drive-through penalty he was given during the British Grand Prix after crashing into his team-mate on the first lap.

The Russian was battling closely with Sainz when they went side-by-side through Maggots, with Kvyat running wide and onto the kerb.

As they entered Becketts, Kvyat lost the rear slightly and crashed into the side of Sainz’s car, spinning both around and causing his team-mate to retire.

He was able to continue, albeit at the back after a pitstop, and was given a drive-through penalty by the stewards – which he feels is too harsh.

After finishing 15th in the race, Kvyat was asked by media if he feels the stewards are singling him out. He replied:

“I believe so. A drive-through is a drive-through, it’s an extremely strong [punishment]. I saw stronger incidents and they punish five or 10 seconds to the pitstop. For me I believe [they should] keep doing that.

“I don’t understand this, and it doesn’t feel very nice. It makes everything look a lot worse than it really was.”

Kvyat added he doesn’t think anyone “had any intention” of being aggressive, but left Sainz room and “expected him to collaborate” when he didn’t.

But, Sainz was clearly frustrated with Kvyat, sarcastically saying “Dany did a very good job there”, and remained coy about it all afterwards:

Kvyat’s also got two more penalty points on his license, upping his tally to nine. If he gets 12 by the 23 October, he’ll get a race ban.
What did you make of the clash? Let us know your thoughts in the comments! 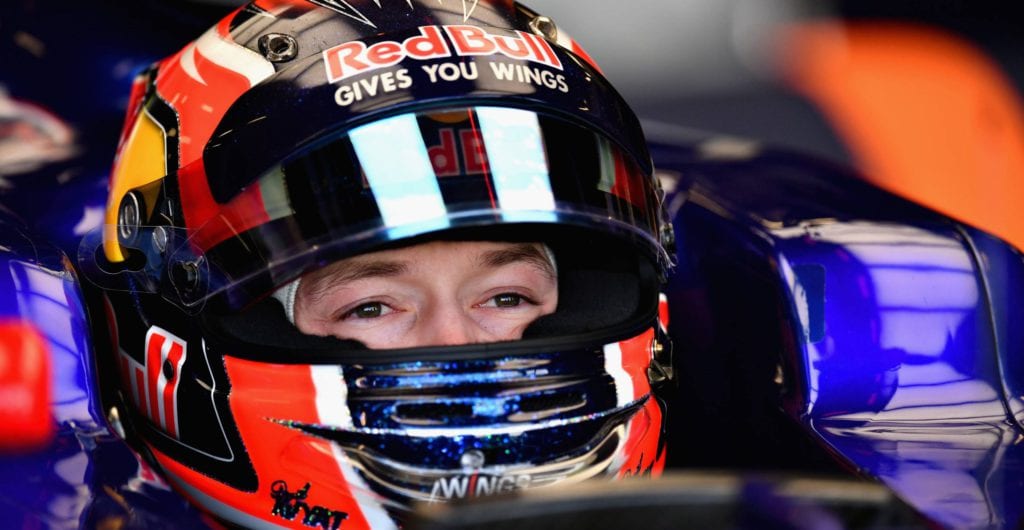