The 2016 Formula 1 season was a pretty rough one for Daniil Kvyat, with his demotion to Toro Rosso and a struggle to rediscover his previous form.

The high point was of course his third place at the Chinese Grand Prix after a feisty drive, which featured an entertaining conversation with Sebastian Vettel before they headed onto the podium.

Kvyat dived up the inside of Vettel at Turn 1 on the opening lap of the Chinese GP, which forced the Ferrari driver wide. He then collected his team-mate Kimi Raikkonen.

We all remember the hilarious post-race discussion, where Vettel said the then-Red Bull driver “came like a torpedo” and moaned about how Kvyat was “lucky” to avoid crashing himself.

They then clashed at the next race in Russia after Kvyat ran into the back of Vettel twice, before he was then dropped from Red Bull and replaced by Max Verstappen.

Ahead of this weekend’s Russian GP, Kvyat has revealed a new helmet design playfully throwing back to the drama of those two races in Shanghai and Sochi.

It’s a cartoon version of Kvyat sat on top of a torpedo, a cheeky reference to Vettel’s comment from China last year.

Kvyat seems much more relaxed this year and it’s good to see him putting a funny spin on the ‘torpedo’ comment, after such a tough 2016. 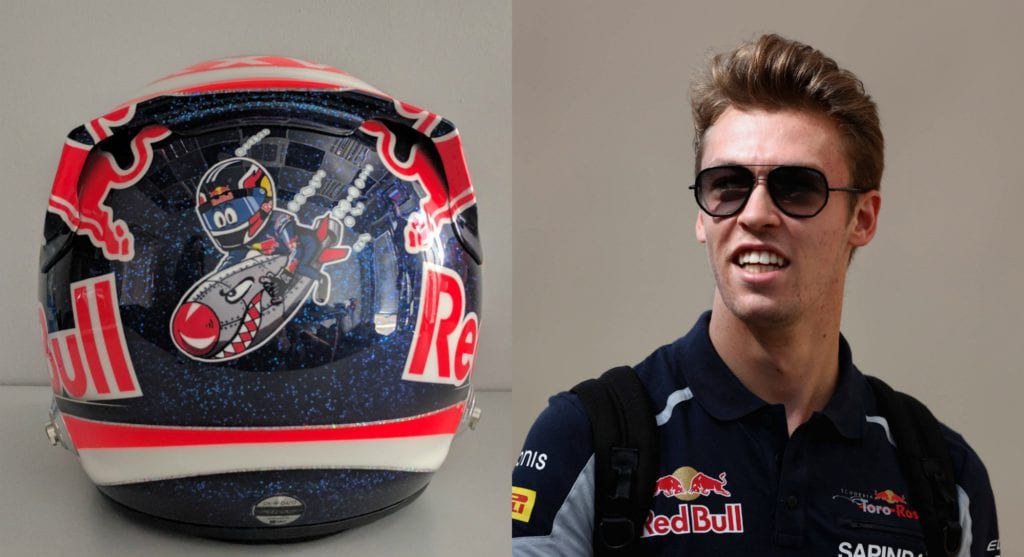