Kvyat Won’t Be Racing In Mexico As Toro Rosso Has Dropped Him… Again – WTF1
Skip to content
×
Formula 1 , News

After two races on the sidelines, Daniil Kvyat got a chance at redemption in the US GP when Pierre Gasly headed off to try and win the Super Formula championship (which ultimately turned out to be a waste of time). He did pretty well too, finishing the race in 10th for his first points since the Spanish GP way back in May.

Now it’s looks like it’s going to be his final race in F1, as Toro Rosso has announced its drivers for this weekend’s Mexican GP… and Kvyat isn’t one of them. A statement from the team read:

“Scuderia Toro Rosso’s driver line-up for the upcoming 2017 Mexican Grand Prix will be formed by the following pairing: Pierre Gasly and Brendon Hartley.”

Gasly was always expected to come back, but it was thought that Brendon Hartley’s drive at COTA was just going to be a one-off. That’s apparently not the case, as he’s getting a second shot in Mexico. Maybe he really is in line for a full-time drive with the team next year.

Of course Kvyat could come back to race in Brazil or Abu Dhabi, but it’s looking really, really unlikely at this point!

So, based on what’s happened the last couple of times Kvyat has been dropped, it’s pretty safe to say that Max Verstappen is going to win the Mexican GP. 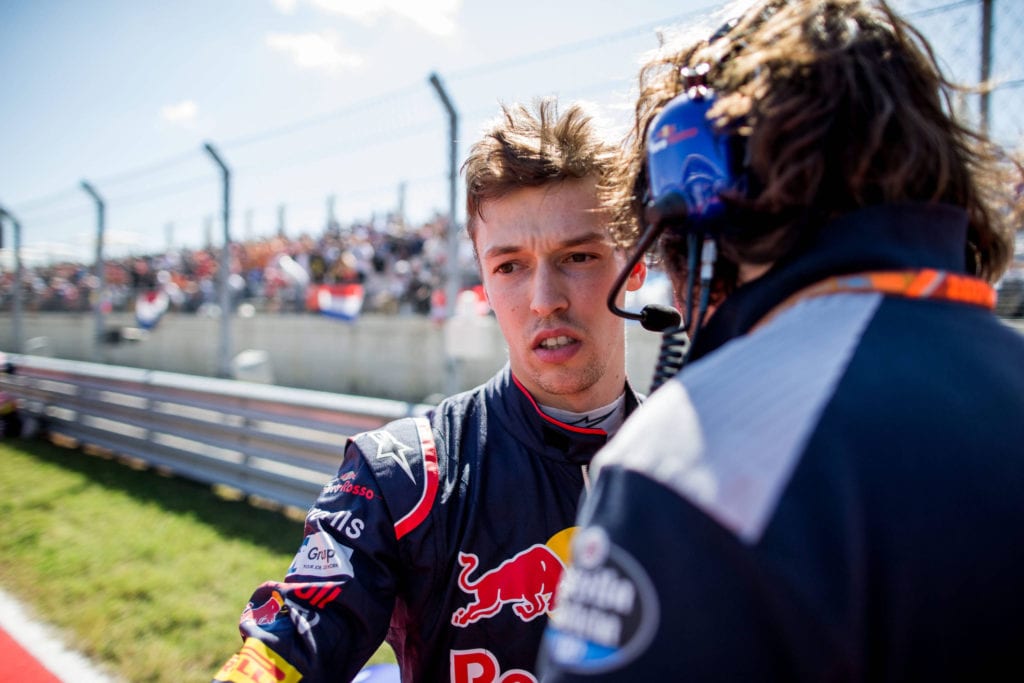