The helmet in question is still in Sochi, but the Russian was told by race director Michael Masi on Friday morning that the new, whiter design is too much of a drastic change from his original – given the fact he also tried a new scheme two races ago in Italy. The FIA has a cap on the number of helmet design changes drivers can have each year in order to stop Sebastian Vettel’s weekly habit and make it easier for fans to identify the drivers by their lids. Still, it hasn’t really stopped Vettel – both he and painter Jens Munser are just more subtle about it.

But the German has shown a certain finger (hint: not his victory digit) to the rulebook this year with big palette changes in Monaco (a Niki Lauda tribute), Germany, Italy and Singapore’s Chrombomber. Strangely not F1’s 1000th grand prix in China, though.

Oddly, like Vettel and Max Verstappen, Kvyat also used Jens Munser as designer and painter. Verstappen has had a few colour changes this year as well…

So, Kvyat has to be content with his normal blue, red and white design for his home weekend – and may wish to revise his colour planning strategy for 2020. 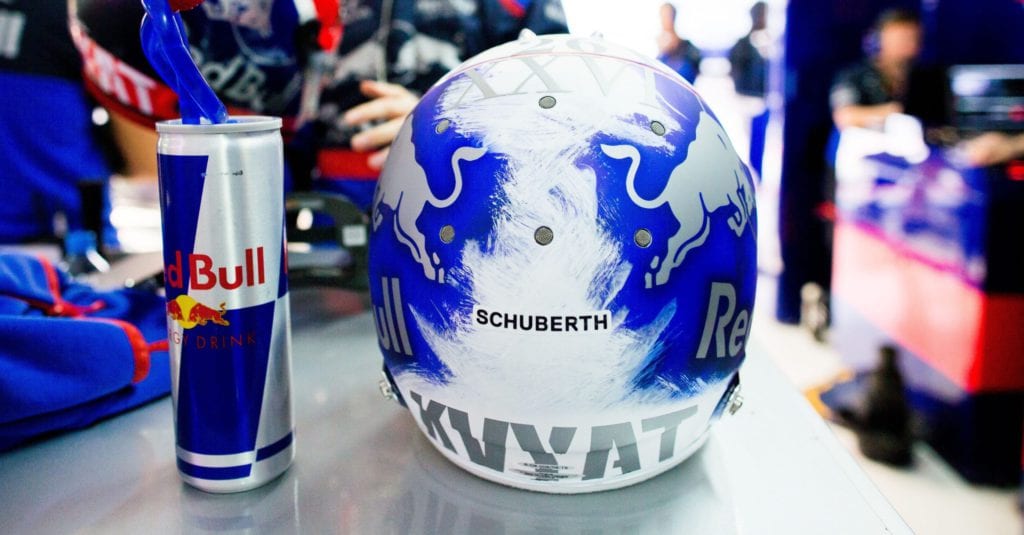