Lance Stroll Fires Shots Back At Jacques Villeneuve After Criticism

The start to the 2017 Formula 1 season didn’t go particularly well for Stroll, but in all fairness, he did suffer a few problems – and he’s only 18, after all. Not everyone can ‘do a Verstappen’.

Villeneuve was actually supportive of Stroll joining Williams, even though many were sceptical because of his age and the fact his billionaire father helped fund the move.

But, after Stroll claimed his first points of 2017 with ninth at his home race in Canada, Villeneuve seemed to change his tune, and was quoted calling it “one of the worst rookie performances” in F1 history.

Stroll, of course, made further progress at the next race in Azerbaijan. Sure, he was helped by the chaos and drama, but he kept a level head and put in a mature drive to third – his first podium.

The Canadian racer has now fired shots back at Villeneuve, reacting to the 1997 F1 champion’s criticism. He’s quoted by the National Post saying:

“I’m not surprised. I don’t really know him that well, I guess he can say whatever he wants and it won’t really shock me. I’ve heard in the past — I don’t really read his stuff or read anyone’s stuff — but I’ve heard he’s never really supported me.

“Even last year when I won the European championship in F3, he had excuses behind the reason I won. And this year, when I went through some tough times, he’s kind of put me down so I guess it wasn’t really a shocker for me to hear what he said.”

“I mean, it is what it is. I don’t really care. People talk. What’s important to me is the people who are surrounding me and the people I work with. So, he’s just a voice in the paddock and whatever. When it comes to putting a result on the table and silencing all the critics, I mean that’s not what I do this for. I think it’s just noise in the background and I’m just happy for myself, for my team, for the people who are in this with me. All the haters, they’ll always hate.”

Perhaps Villeneuve has changed his mind after Stroll’s Baku performance. Or, maybe not. We’re sure he’ll respond at some point, though. 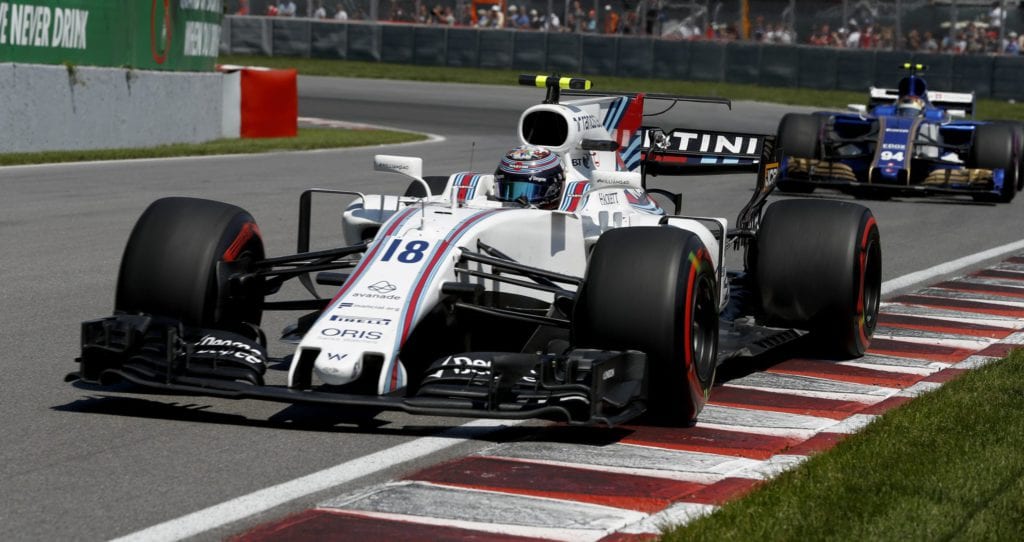