It was one of the weirdest qualifying sessions of the year, with an early red flag causing a big delay to running before it resumed and Stroll got pole in a crazy showdown.

Verstappen, the man who had topped every practice session of the weekend, was the first car to spin on track before a red flag was called 14 minutes into Q1.

VB sits in P2, Lewis is P4 after those strong early laps on the Wets. Nice one boys. 💪 pic.twitter.com/aC6kUIOJOB

As soon as we got underway again, the cars continued to wobble on the track with the slippery conditions. Raikkonen was caught out and had a big spin before clawing himself  back, but almost wiping out Verstappen.

Unfortunately for Grosjean, he managed to beach his car in the gravel during his lap which then caused another red flag as it was retrieved due to a recovery vehicle and marshals on track. Charles Leclerc also had a moment as his Ferrari bounced over a gravel trap, but he was able to navigate out of it.

Once the second red flag was lifted, the cars headed out for one final push. It was a mad dash to the chequered flag, with the Red Bull’s both way ahead with the quickest times.

During the last few moments of the session, Latifi beached his Williams in the gravel too and caused a double-yellow in his sector but fast times continued to be set as the cars crossed the finish line to qualify for Q2.

Magnussen, who was knocked out in Q1, was quick to come on team radio asking “how can people improve with yellows?”. It is very likely that any qualifying lap set under those yellows will be investigated to see if the drivers lifted.

Leclerc also takes a trip through the gravel

With just 3:30s on the clock, he's still in the drop zone along with Gasly, the Williams pair, and the beached Grosjean#TurkishGP 🇹🇷 #F1 pic.twitter.com/iqKjV4wLUl

The next session was not as eventful, but did start with a recovery vehicle and marshals still on track.

Vertsappen managed to finish the session quickest again, followed by Albon and Hamilton. Both Ferraris found themselves eliminated which will be disappointing as their performance had looked promising this weekend, especially from Leclerc’s side of the garage.

It was also a huge celebration for Alfa Romeo as both Raikkonen and Giovinazzi both got into Q3 for the first time this year. A big achievement, especially for Gio who had a nasty spin in in FP3.

Carlos Sainz and Sergio Perez are also being investigated after the qualifying for suspected impeding during the session.

Q3 saw all the teams making quick decisions on what was the correct tyre choice. With both Red Bull’s heading out in the full-wets, the Racing Points of Perez and Stroll went on intermediates.

As a result, Perez set blistering lap times and set it on provisional pole. That was until his teammate Stroll set a stunner of a lap and snatched pole position from Perez with just moments to go.

Red Bull tried to reflect what the competition did with their tyres, but in doing so brought Max out into traffic. Max also complained post-race that the intermediates just didn’t seem to suit the car during the session. A big loss to Max, who had topped every session up until that point.

The Mercedes of Hamilton and Bottas finished in 6th and 9th respectively, one of their worst results during qualifying in a long long time.

"It's one of the biggest highlights of my career for sure, we dream about these moments growing up and it's pretty special!"#TurkishGP 🇹🇷 #F1 pic.twitter.com/l1QSm2zti6

Mercedes duo in P6 and P9 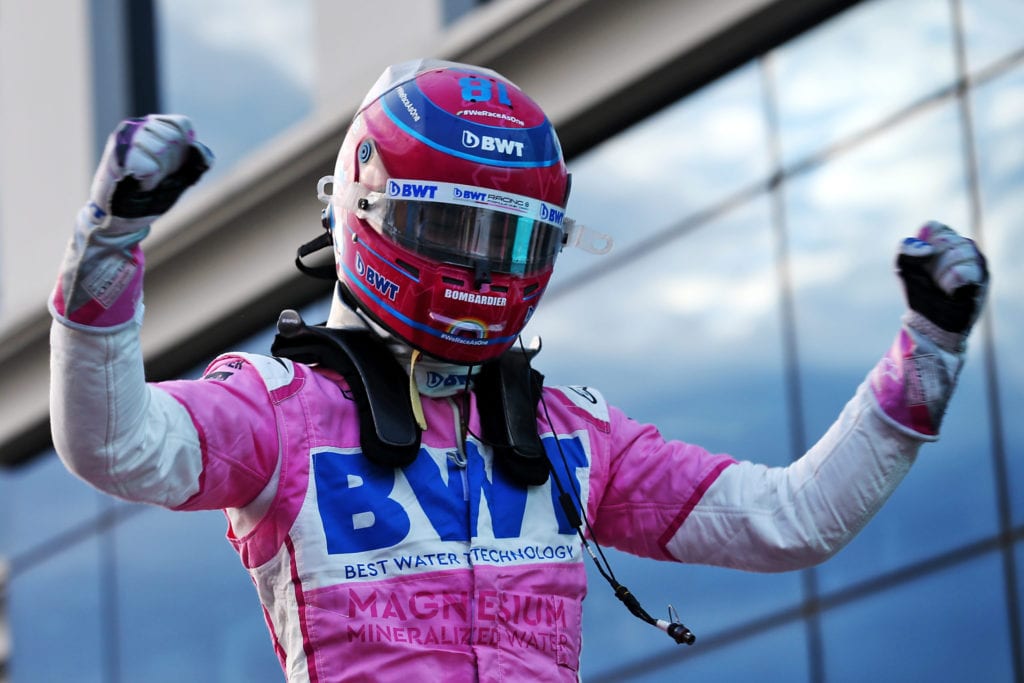