Lance Stroll Was The Underrated Star Of The Canadian GP – WTF1
Skip to content
×
Formula 1 , News

Lance Stroll Was The Underrated Star Of The Canadian GP

Sebastian Vettel’s penalty and post-race reaction (rightfully) became the focus of the entire Canadian GP weekend, leading to pretty much every other aspect of the race becoming somewhat overlooked. That’s one of the many reasons why the penalty was such a shame, because there were a load of drivers out there who put in some outstanding performances which deserve to be highlighted.

Daniel Ricciardo’s qualifying lap was mega and he was actually able to fight with Valtteri Bottas for a good period of time during the race. Nico Hulkenberg did a great job, too, making his soft tyres last longer than many thought possible and only being denied a go at his teammate thanks to some team orders; both Renault’s beat Pierre Gasly’s Red Bull on merit. George Russell was also superb – on a weekend where Williams perhaps looked even less competitive than usual, he not only beat Kevin Magnussen’s struggling Haas, but beat his own teammate by over a minute.

The star of the race, however, had to be Lance Stroll.

We know he struggles in qualifying which, in a tight midfield, is a huge weakness. However, what he lacks in one-lap speed he makes up for with canny racecraft and very solid race pace, something he brilliantly displayed in his home grand prix. He went from 17th to 14th on the opening lap and then a few laps later launched a move up the inside of Antonio Giovinazzi at the hairpin.

He then ran a 44-lap opening stint, staying ahead of Pierre Gasly’s Red Bull for almost the entire time – with relative ease, too despite being on older tyres – and ran 10th after his pit stop. Then he went on a charge and managed to pass Carlos Sainz for ninth with four laps to go – eight places higher than his starting finish and three ahead of his teammate – where he remained until the finish. And he did all this with a slight performance deficit from an older spec power unit following an engine failure in FP3.

After the race, Stroll said that it was one of his best races, especially considering that it didn’t come to him easily. He told Sky Sports F1:

“It was a well-fought race, we nailed the strategy, that was key, starting on the hard tyre, going long. It was really the key to our race today and we managed it perfectly. I was able to take that tyre really really long into the race and make some bold moves which was also key to our race.”

“Passing Giovinazzi, I went down the inside of Perez into the hairpin, in front of my home fans. I felt the energy out there and thought ‘I’m just going to send it down the inside’. I pulled it off then made it stick around the outside of Sainz at the chicane with a couple laps to go to grab that extra point.

“It makes it that much sweeter that we really had to work for it today. There were some good [races] last year but no one saw them from where we were in the Williams. Every race is unique in its own way, but this one is definitely up there with some of my best. I’m going to celebrate in style tonight.”

He also praised his team for all the hard work for having to get the car fixed after the engine failure:

“It was a really fun race: I put all my emotions on the table today and loved every minute of it. The team really deserved this: they’ve put in some long hours this week and it’s a boost for us all. It has been an awesome week with great support from the crowd. I’m going to remember this one for a while.”

The result is Stroll’s third points finish of the season – despite having not made it out of Q1 this season. If only he could qualify better, then maybe Sergio Perez’s claim that he’s faster than his last two teammates might start to ring true… 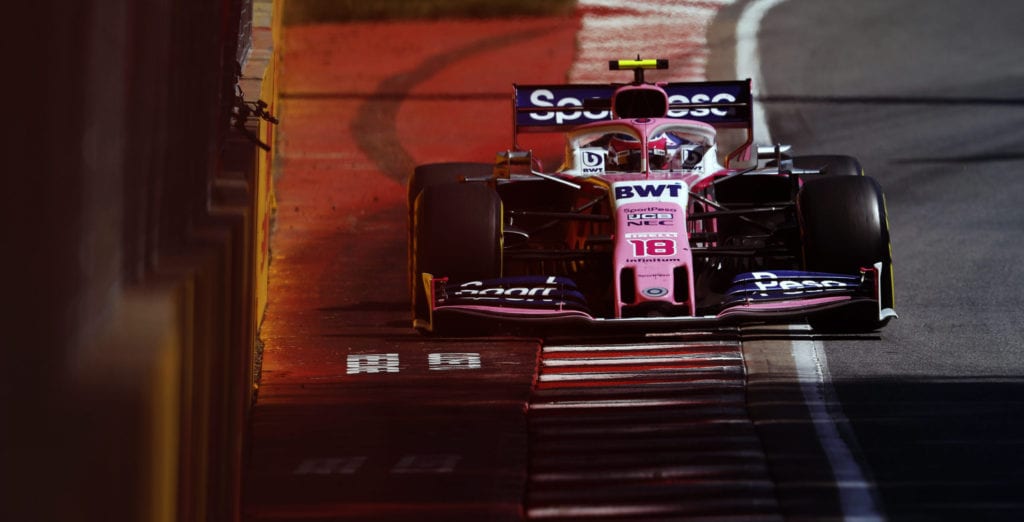