Lando was taking a walk around the MTC when he found his way into a ‘confidential’ meeting where team members are apparently having a super-secret discussion over the launch plans for the MCL35, with Lando then ‘accidentally’ revealing the launch date of 13 February.

Obviously, the whole thing is fake as hell and the reveal wasn’t an accident at all, but it’s still a quality bit of marketing from McLaren and a way to make announcing the launch date at least slightly fun and interesting.

So far only two other teams have announced when their car launches will be – Ferrari on 11 February, and Alpha Tauri on the 14th. 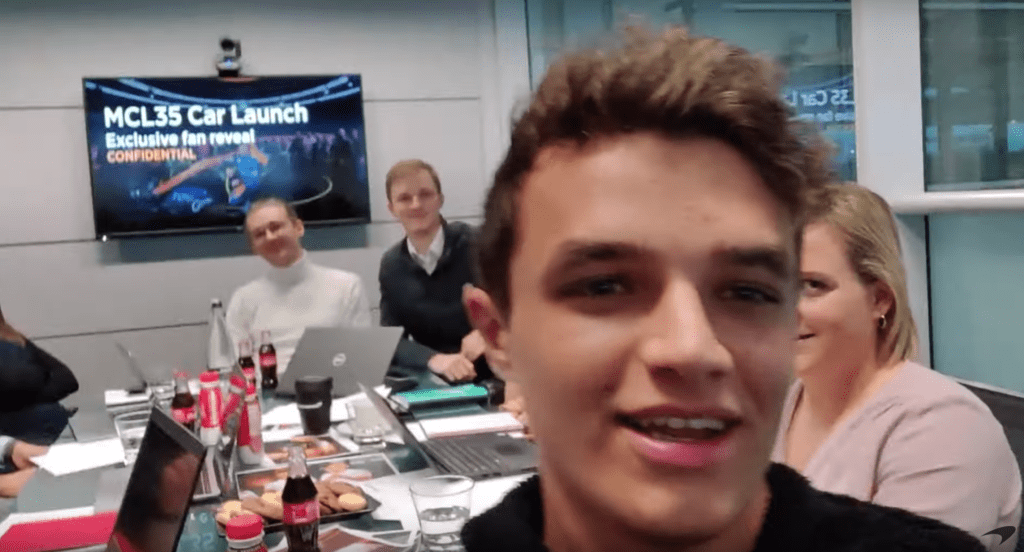