Lando Norris Is Hoping For A Dry Race Today

“Ah it was a lot of fun, the car was good, I think it’s one of the coolest tracks to drive in qualifying,” He told Sky Sports, “Not because there’s loads going on but the high speed corners are nice and, yeah, it feels fast. I’m a bit out of breath by the end of it so it’s good to be P3 for tomorrow which I’m a little bit surprised by but I’m very happy with.”

Valtteri Bottas’ little spin in the pit lane in FP2 yesterday means that he gets dropped back three places and will start two places behind Lando with only Max Verstappen and Lewis Hamilton ahead of him on the grid. He outqualified the second Red Bull of Perez all on his own.

“It was a very nice lap, the car was feeling good, I felt confident to push on it, but like I said, every lap I did, even since Q1, run one, was very strong so that’s a good thing for us.”

Asked if he could have a similar result to last year he said: “It’ll be nice to, but I think we know that both Red Bulls and both Mercedes are quicker than us. Maybe not today but tomorrow I think they are, they have better race cars, we still can score some very good points.

“Even last year it was similar story, starting P5 or P6, we can be there in the beginning and if there are safety cars and people making mistakes or penalties then we obviously need to be there to capitalise on it, but we have to wait and see for that.”

Lando earned the nickname “Last Lap Lando” after both Austria races last year where he pulled out the fastest lap of the race on the final lap for his debut podium and then the week later, at the same track, got past three cars in the final two laps for another high points finish.

He wants the race to be as straightforward as possible tomorrow to get the best possible position: “Earlier in the weekend I was praying for rain because I was struggling a little bit but I made some good improvements and now I’m obviously P3.

“I’m kind of hoping it to maybe stay dry because it’s good for us, a little bit more tricky to overtake but it can go either way, we can still score even better if it rains and other people can make mistakes, we’ll wait and see.” 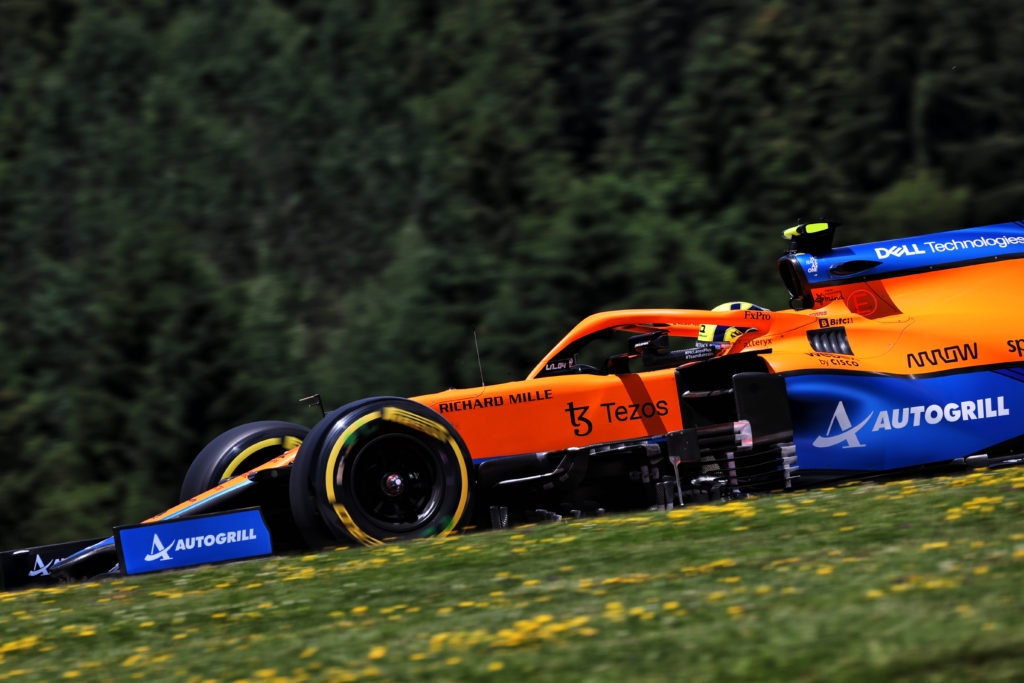