Lando Norris Teamed Up With A Football Legend To Raise Over £8,000 For Charity – WTF1
Skip to content
×
Formula 1 , Gaming , News

Lando Norris Teamed Up With A Football Legend To Raise Over £8,000 For Charity

We all know Lando Norris is the Twitch stream extraordinaire of the F1 grid, but last night saw him joined by some familiar faces as part of McLaren’s Stream for Mind, managing to raise an incredible £8,400 for the mental health charity Mind.

In F1’s most unexpected crossover since Sebastian Vettel appeared in a music video (yes, that did really happen), former England footballing legend Ian Wright got in on the action from the McLaren Shadow Studio.

Lando and Ian were put through their paces around the Red Bull Ring and Spa on the F1 2021 game, live from the team’s dedicated esports hub inside the McLaren Technology Centre in Woking.

Today we #StreamforMind with @McLarenShadow.
Donate or take part in Twitch chat for the chance to win one of the following prizes:
✨Tour of MTC & Shadow Studio Experience
🎮Logitech Racing Wheel
🖊Signed McLaren Shadow Merchandise.

Our fundraising page is now open!👇

Fans of F1 and Esports wouldn’t have been surprised to see names such as ex-F3 driver Max Fewtrell alongside content creators Jimmy Broadbent, FNG and F1Elly joining the pair in creating chaos on track to raise money for a good cause.

Unsurprisingly, it was McLaren Shadow’s Tiametmarduk who came out on top in the stream, while Lando finished just outside the podium in fourth. Unfortunately, Ian finished in last place.
Best get practicing for next time, Ian!

We have launched a prize draw where fans have the opportunity to win one of the 𝐨𝐫𝐢𝐠𝐢𝐧𝐚𝐥 @MindCharity T-shirts created by @LandoNorris and @DanielRicciardo! 🙌

Join us in the fight for mental health with every draw entry raising vital funds for Mind. 👇

Since partnering with Mind back in July 2020 as part of F1’s We Race As One campaign, McLaren has been doing their bit to help increase awareness of mental health and support. Earlier this month, Lando and teammate Daniel Ricciardo designed their very own sold-out t-shirts for World Mental Health Day, with 100% of the proceeds going to charity.

Then we can all remember Lando and Carlos Sainz’s iconic hand-painted helmets from Eifel Grand Prix, which raised nearly £60,000 in a special prize draw.

This is clearly a cause the 21-year-old Brit is passionate about, having previously opened up about his mental health struggles in a heartfelt piece for International Men’s Day last November.

We couldn’t be prouder of Lando and McLaren’s efforts to create conversations about such an important issue!

To rewatch the stream, check out McLaren Shadow’s Twitch channel and for more information about McLaren’s work with Mind and how to donate, please follow the links below: 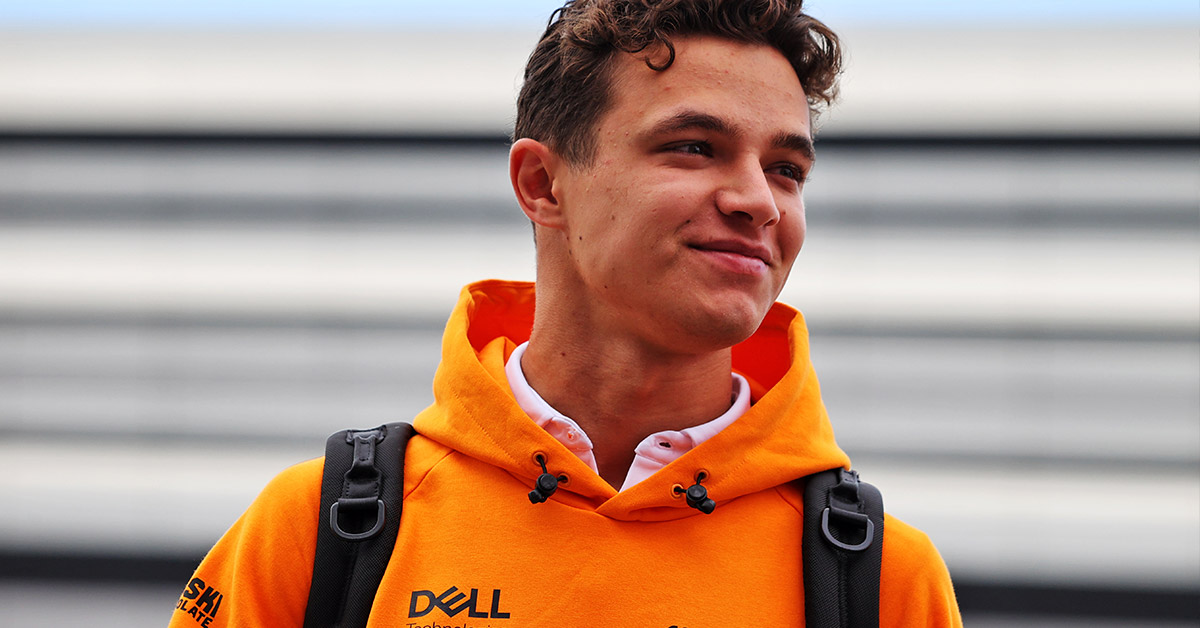