IndyCar’s real-world-racing substitute has been ticking along nicely over the last few weeks, with most of the regular IndyCar drivers getting involved and even going to far as to have their race engineers calling strategy for them. It’s pretty serious stuff, but each race has the odd invitational spot open to other drivers; Nascar legends Jimmie Johnson, Dale Earnhardt Jr and Kyle Busch have all competed.

This week’s event was at the Circuit of the Americas – and Lando Norris was invited to race. Now, Lando is extremely experienced (and very, very good) at iRacing, so naturally you’d expect him to do well… and he didn’t. He did far better than simply ‘well’. Reunited with his former McLaren race engineer Andrew ‘Me Shoes!’ Jarvis, he only went and bloody won it.

After taking pole by three-tenths of a second from Will Power, Norris shot off into the lead and stayed there until his first pit stop, just before the planned competition caution on lap 12. In an effort to out-strategise Norris, Power stayed out, opting for the two-stop strategy, which meant that Lando would have to make swift work through the other one-stoppers before he lost too much time to his rival… only to end up spinning coming out of the last corner.

On the alternate strategy and on the hunt, @LandoNorris spins on to the front straight. #INDYCAR // #INDYCARChallenge // @COTA // @iRacing pic.twitter.com/9Mm3hVE6iS

Despite his swift recovery and superior pace, that made Power the favourite to win – until he too had a spin, dropping it on a kerb on the way into the esses, and then spinning again immediately after recovering.

Norris took his second stop earlier than other two-stoppers Pato O’Ward and Alex Palou, allowing him to jump the pair of them and leaving him only having to pass the one-stopping Felix Rosenqvist on track in order to grab the win.

Lando edged up to the back of the Swede, but before he could do battle with him, Rosenqvist spun on the exact same kerb that had caught out Power. He caught it superbly, but Norris had to take avoiding action as he got past, losing a chunk of time and dirtying his tyres in the process.

That allowed O’Ward into the mix, and in the closing laps he applied the pressure but, despite more push-to-pass uses available, wasn’t quite able to get close enough to make a move before he ran out of laps. Norris led O’Ward home for a McLaren one-two, with Rosenqvist third, Scott McLaughlin fourth, and Santino Ferrucci fifth.

Power was sixth by the end – an impressive recovery, but the spin cost him a shot at winning, while Norris still won reasonably easily despite a spin of his own, plus the incident with Rosenqvist. If not for those, he’d have been untouchable.

A McLaren F1 driver winning on his IndyCar debut. Even Fernando Alonso couldn’t manage that… 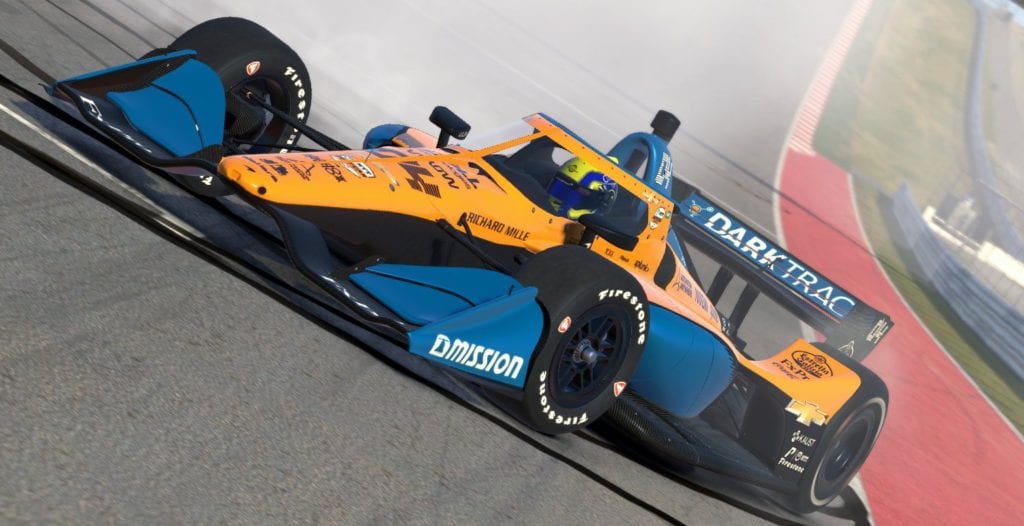