Lando Norris Will Be McLaren’s Official Reserve Driver In 2018

If you keep an eye on motorsport outside of Formula 1 then you’ll already be familiar with the name (and what a name) Lando Norris.

The Brit won this year’s European F3 title as a rookie with races to spare and tested with McLaren at the mid-season test in Hungary, all at the age of 17.

“The last 12 months have been an incredible journey for me – I’ve enjoyed every single minute – and this is just an amazing way to bring the year to an end.

“I’m really looking forward to helping the team, starting next week with the tyre test at Interlagos and I will work harder than ever to learn and develop across the next year.”

As for racing, he’s still finalising his plans but expects to be in either Super Formula or Formula 2. If it goes anything like his career so far, expect him to be fighting at the front immediately. 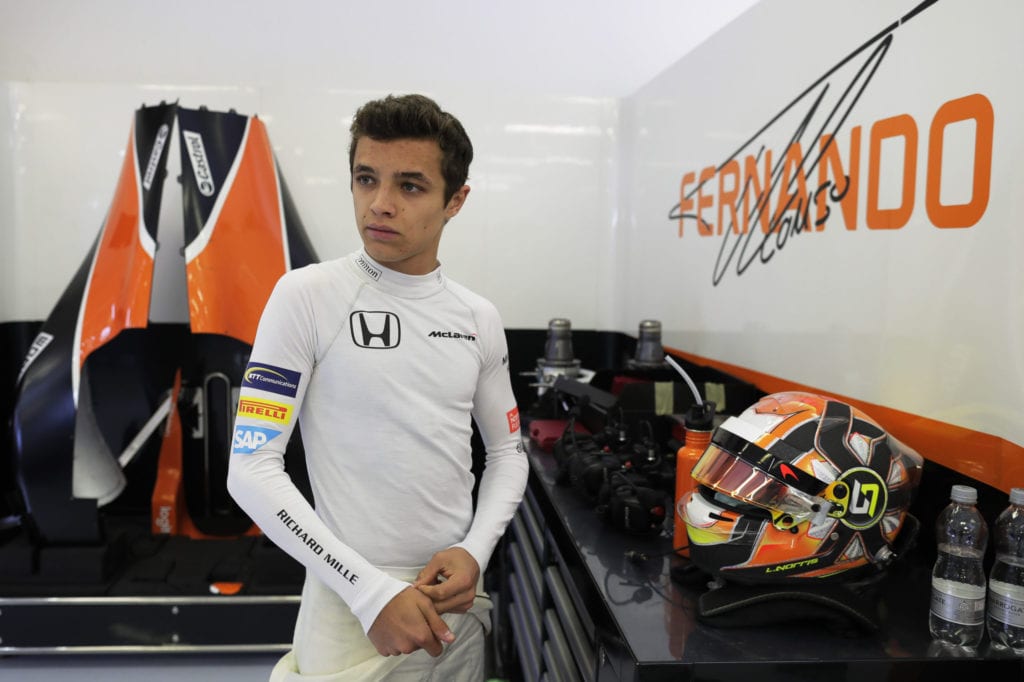