Lando Norris had us all on our feet shouting during qualifying for the 2021 Emilia Romagna Grand Prix. He nearly took pole position in a McLaren. Yep, a McLaren! Norris set a time that would’ve been good enough for 3rd before it was deleted because he abused track limits by inches. Gutted.

Lando had been doing so well all day. He was P2 in Q2, and on the first runs in Q3 was over a second faster than his teammate Daniel Ricciardo, with Lando getting into the 1.14s and Daniel only in the 1.16s.

“Pretty disappointed, pretty annoyed with myself,” Lando told SkySports after qualifying had finished. “I think it was a very good day and I think the team did an awesome job. The car really came alive in qualifying, we made a lot of improvements on Friday.

Track limits are once again the big talking point like they were in Bahrain and the FIA were taking a much harsher view on it with times being deleted all through practice and qualifying. Most offences were at Piratella, Turn 9, which was where Lando’s mistake was too. He went inches over the edge, it was so close! But, unfortunately it was a clear slamdunk that his lap would be deleted.

“The thing people don’t realise is that it’s the same for everyone. At the end of the day it’s my mistake and I have messed it up. From the outside it looks a lot easier, to stay within the lines than what it is.

“When you’re in quali and you’re in Q3 and you have an opportunity to be P2 or P3, or score your best result in qualifying, you’re pushing. When you are going at such a speed and in such a high speed corner, misjudging it by *this* amount is… yeah.

“I’m really happy, not with the job I have done but, with the team.

“We didn’t start the weekend off well at all. We really struggled in the beginning but we made a lot of improvements and I think we kind of understood a bit more how the car works and how it comes alive and a better operating window. That’s one of the things we had to learn from Bahrain where we struggled and we changed it this weekend and have done a better job.”

How impressed were you with Lando’s qualifying pace? Let us know in the comments below. 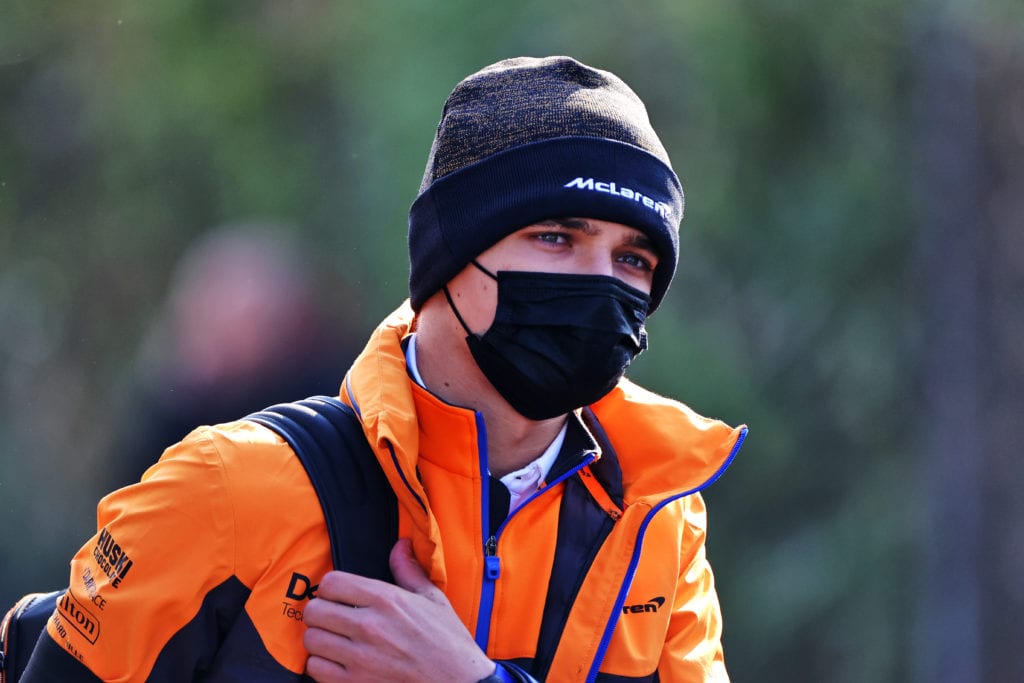