Lando Says He Would Be Up For Doing A Podium Shoey With Ricciardo – WTF1
Skip to content
×
Formula 1 , Fun
1 comment

Ah, everyone’s favourite podium tradition; taking off your sweaty racing boot and filling it with warm champagne to drink. Sounds gross? That’s because it is! However, this “shoey” routine has become a well-known celebration for the resident Aussie on the F1 grid.

Daniel Ricciardo has joined the McLaren team for the 2021 season, and his new teammate has revealed he would be willing to join him in a shoey celebration if they both find themselves on the podium.

The shoey has become one of the most amusing podium traditions we’ve ever seen, with drivers like Lewis Hamilton and Nico Rosberg even undertaking the brave task whilst on the world stage with Ricciardo.

Chatting with his fans on Twitch, Lando Norris revealed that he would be game for taking part in a shoey but only under certain circumstances.

“I would do a shoey but I don’t think I would do it from Danny’s shoe,” he confessed.

He does realise we have this on film now. There’s no backing out now, Lando! Although it should be noted not to expect a shoey any time soon.

“Trust me. We have got some work to do [at McLaren] before we are both on the podium.”

Hopefully, it’s not a long wait!

If you were an F1 driver, would you want to do a shoey from Riccardo’s race boot? Or does the idea make you feel nauseous? 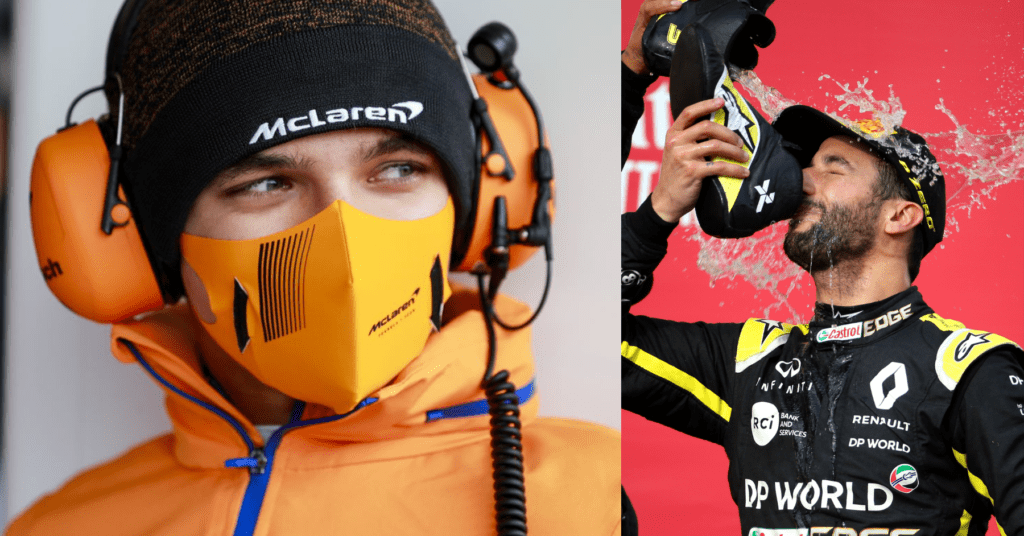