Lando Thinks He Could Challenge Verstappen If They Were Teammates – WTF1
Skip to content
×
Formula 1 , News
2 comments

Lando Thinks He Could Challenge Verstappen If They Were Teammates

Calling Lando Norris ‘best of the rest’ doesn’t do his season justice. He’s still in the fight for third in the drivers’ championship after eight races! He also has two podiums to his name and has consistently finished in the points this season.

With such a strong season, Sky Sports’ Rachel Brookes was quick to mention that Lando’s recent form was “not just a fluke, that’s come from hard work.”

Asked about not getting enough recognition, Lando said: “No, but, yes, I agree with that. I don’t know why. There’s been a lot of work I’ve done over the winter, and so all the way through this year, I’ve put in a lot of time and effort and worked a lot with my engineers to get the results like we’ve done this year.”

With such a strong season underneath him, many have changed their opinion of Lando for the better. Being the star of the season alongside Lewis Hamilton and Max Verstappen, Sky Sports asked how he would cope as a teammate with the championship leader, Verstappen?

Lando was confident but also realistic with his answer.

“100% I believe I could give him a run for his money,” he stated. “I think it’s just different scenarios and situations where experience then comes into play, and you think maybe he will have the upper hand on me in that scenario. I believe he’s one of the best drivers ever in F1. I think he’s proven that from when he joined when he was 17-years-old.”

Talking of teammates, Lando also chatted about his new relationship with Daniel Ricciardo and how he feels that his old McLaren buddy Carlos Sainz has proved how good he really is at Ferrari.

“The third season is the one where people are like ‘there are no excuses anymore’. The first two you get away with a couple of things, especially the first season, and I guess with the addition of Danny [Ricciardo] coming into the team, there were a lot of eyes on what I was going to be like versus Danny, rather than the opposite way round.

“Not many people knew how good Carlos is, and I think this year Carlos has proved how good he is against Charles, who won races, one of the best drivers in F1. I think it’s good for me to know where I stand compared to other drivers.

“The team relies on me for more things because throughout the season Daniel’s been getting up to speed and getting used to things so a lot of it has been relying on me because I’ve been the guy in the better position and trying to lead the team in a way.”

Have you been surprised by Lando’s success this season? Let us know in the comments below. 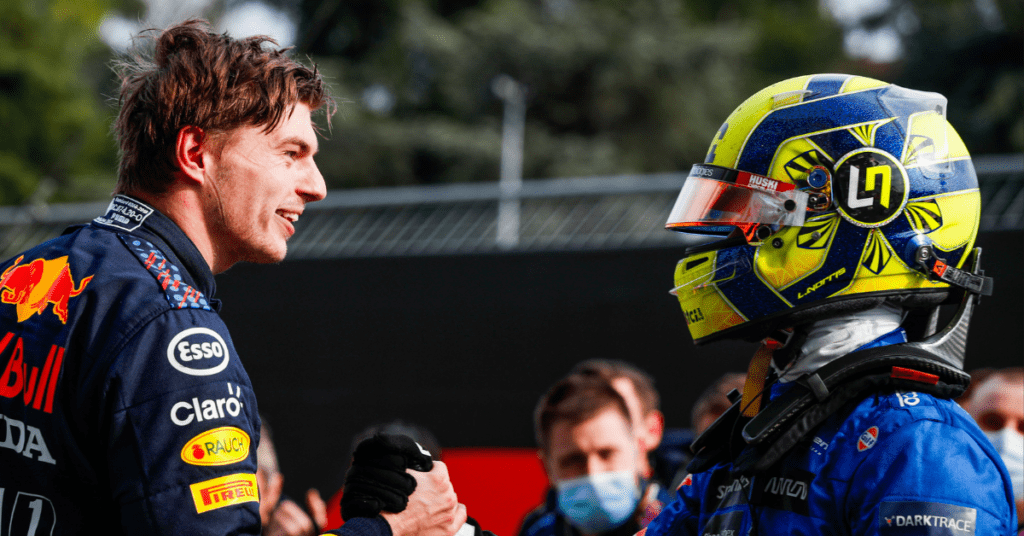