Le Mans Drivers Will Try Anything To Get A Broken Car Back To The Pits – WTF1
Skip to content
×
Crash , Endurance

DragonSpeed LMP1 driver Ben Hanley proved this at dawn when he lost control BR1 in the middle of the Porsche Curves, sliding across the gravel and making big contact with the wall. But despite some serious damage he managed to get going again and steer his crabbing car back to the pits.

Unfortunately, the damage was too much and the team had to retire the car, but in getting the car back to the pits at least there was a chance of getting back out there.

However, the award for perhaps the most determined driver has to go to SMP Racing’s Matevos Isaakyan (yep, he’s the guy that backflipped at Spa). As darkness fell he crashed out of third place at the Porsche Curves (that place has claimed a lot of victims this year). Despite the marshals being keen to get the car off the circuit, Isaakyan broke out the toolkit and repeatedly tried to get the thing going again.

After a couple of failed attempts, he finally got moving again – only for the engine to catch fire.

What a magnificent effort! 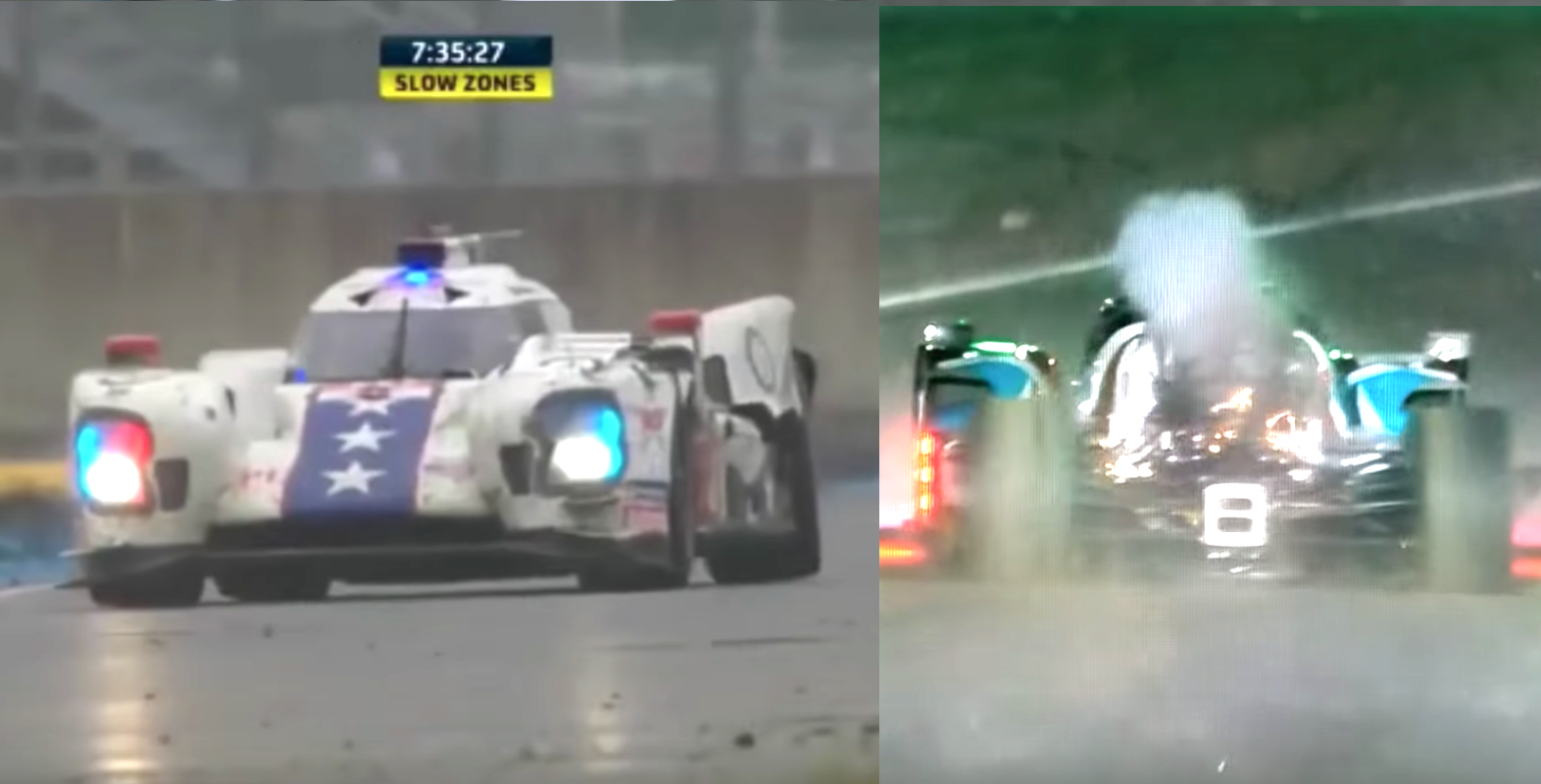