Leclerc Explains The Pre-Race Agreement He Had With Vettel – WTF1
Skip to content
×
Formula 1 , News

Leclerc Explains The Pre-Race Agreement He Had With Vettel

The pole-sitter confirmed that there was indeed a pre-race agreement to help get Vettel ahead of Lewis Hamilton and give Ferrari the best chance of finishing first and second. Speaking to Autosport, Leclerc explained:

“I think everything was respected. At the start, I obviously went to the left to give Seb the slipstream, I knew he would overtake, and anyway we knew that, then we just had to do the swap back and we did it at the pit stop later on in the race.”

“If there was Lewis and Seb side by side, I obviously had to advantage Seb and not Lewis, which is normal. So, that was what was agreed.”

Meanwhile, Vettel was a little bit more cryptic. From his perspective, there were aspects of the plan which he perhaps wasn’t clear about, telling Sky F1:

“I don’t know exactly what happened there to be honest. I think we had an agreement, I spoke in particular with Charles before he race, I think it was quite clear. But I don’t know, maybe I missed something. I’m sure we’ll talk about it.”

Just trying to cover himself after ignoring the initial team order? A genuine misunderstanding? Or was he really left in the dark about what would happen once he did take the lead? Given the way Ferrari has managed its drivers at times this year, that wouldn’t be entirely surprising.

Either way, Leclerc didn’t seem too fussed about having to wait until the pit stops for Ferrari to rejig the order, saying that he still has faith in Vettel and the team to deliver on their promises.

“I think it’s hugely important for the benefit of the team in some situation, to know that you can count on the other car and vice versa. So, yeah, I think it’s very important, but yes, the trust is still here.

“I had 100 percent trust in the team to do it themselves as it was agreed before the race, and that’s what they did at the pitstop. “

A very sensible approach to the situation, especially given how he reacted to losing the race in Singapore. Then again, before this weekend Leclerc said that he’d try to be a bit calmer when things go against him and admitted that he has a tendency to overreact in the heat of the moment. Perhaps he’ll save his real thoughts for the team debrief… 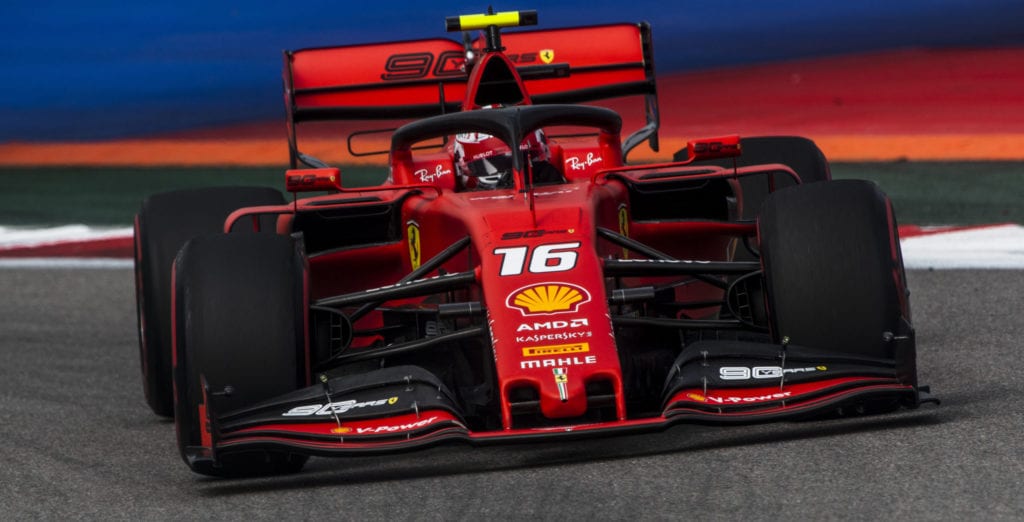