Leclerc Has Been Given A Three-Place Grid Penalty – WTF1
Skip to content
×
Formula 1 , News

Leclerc Has Been Given A Three-Place Grid Penalty

With the wet conditions meaning pretty much all the cars were out on track at all times throughout qualifying, it was almost inevitable there would be some blocking incidents – especially with the poor visibility caused by the spray.

As it turns out, things were actually fairly clean. But when the message flashed up on the screen that an incident between Leclerc and Kvyat would be investigated, it was easy to jump to the conclusion that it was maybe the Alpha Tauri driver that had done something wrong… or not. As it turns out, Leclerc was the one doing the impeding and the stewards have decided to drop him three places on the grid for tomorrow’s race.

Leclerc already endured a tough session, dropping out in Q2 while teammate Sebastian Vettel progressed in a reversal of what happened last week. That grid drop puts him down to 14th, just behind Kvyat and one place ahead of Kevin Magnussen, which seems like a safe place to be on the opening lap…

It also means that George Russell moves to 11th, the highest grid position for a Williams since Lance Stroll started 10th in the 2017 Italian GP.

Leclerc, along with Kimi Raikkonen, was also investigated for breaching red flag procedure at the end of Q1, but both were deemed to have acted appropriately, with no further action taken. Sergio Perez also escaped a penalty for apparently ignoring yellow flags. Mind you, that doesn’t necessarily mean anything – if last week was anything to go by, then other teams will be trawling social media looking for clips that prove otherwise and then head off to the stewards to protest first thing in the morning. 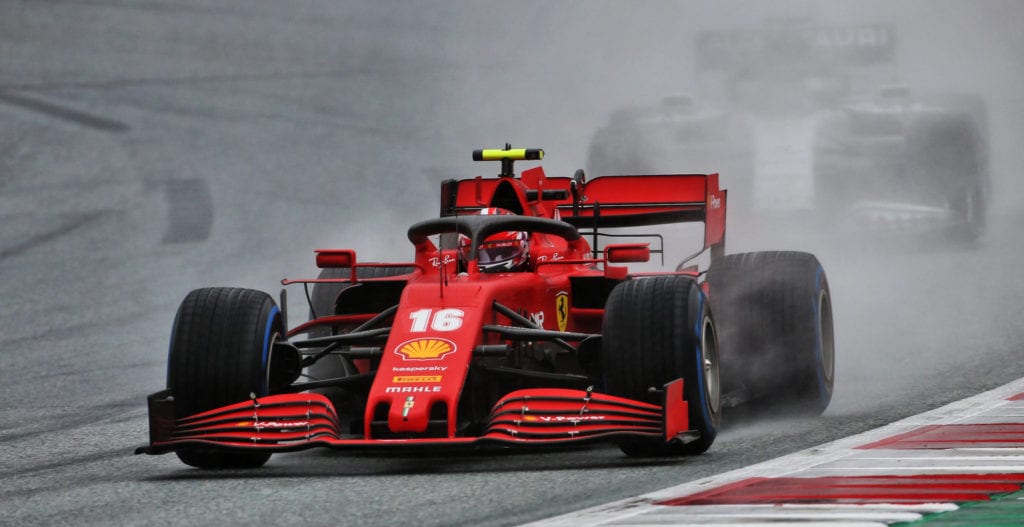