Leclerc Has Been Given Two Post-Race Penalties – WTF1
Skip to content
×
Formula 1 , News

Leclerc Has Been Given Two Post-Race Penalties

Weirdly, the first lap crash with Verstappen was initially deemed unworthy of investigation, then suddenly became an issue, before a decision was postponed until the end of the race.

Even with F1’s new policy of just letting drivers race each other, it seemed like there would be some sort of slam dunk penalty for Leclerc – after all, it was a very clumsy and ultimately avoidable incident – the only question was what kind of penalty.

Hours after the race, the stewards have decided to slap him with a five-second time penalty. Given that it was in the melee of the first lap, where incidents are usually given a bit more leeway, that seems about right.

But wait, there’s more – because the stewards have also given him an additional 10-second time penalty.

This one was for the laps following the incident when he continued to drive around with the end of his front wing hanging off. Leclerc’s pace seemed OK so he argued with his team that he should stay out, despite the fact his car was shedding bits of carbonfibre all over the track.

On the run down to 130R, the front wing endplate gave up in a big way and peppered Lewis Hamilton’s Mercedes, with a particularly large piece of debris narrowly missing the cockpit and ripping Hamilton’s mirror off. Some of the pieces also worked their way into the brake duct on Lando Norris’s McLaren, forcing him to pit.

It doesn’t take a genius to work out exactly how dangerous that is and he’s been given an additional 10-second penalty for his troubles. It wasn’t just Leclerc to blame, either – Ferrari also copped some stick from for leaving him out there. The stewards’ verdict read:

“By not bringing car 16 into the pits at the end of lap one immediately after the incident for a safety inspection when there was damage clearly visible and then by telling the driver to remain out for an additional lap after telling the race director otherwise, the team created an unsafe condition on the circuit which only narrowly avoided being a major incident and also increased the likelihood of additional incidents after the one noted.”

The 15 seconds worth of penalties only drops Leclerc one position to seventh, promoting Daniel Ricciardo to sixth. Ferrari has also been hit with a €25,000 fine for their part in telling Leclerc to stay on the track.

All in all, a bit of a messy race for the team and both drivers. At this rate, Ferrari must be starting to run out of ideas for how to throw the chance race wins away… 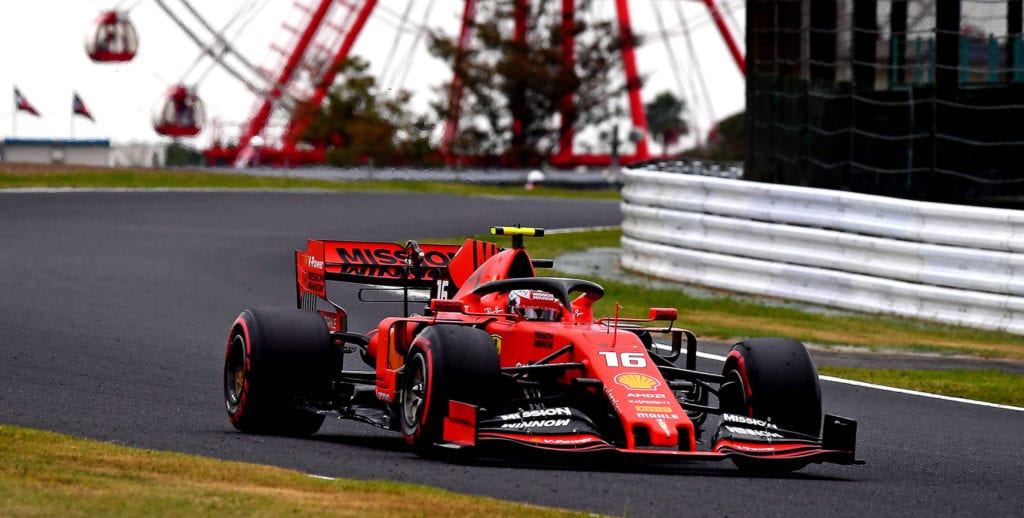