Leclerc had been running in third in the opening stages of Sunday’s race, having leapfrogged teammate Sebastian Vettel at the start, before the young Monégasque’s trying start to his first Ferrari campaign was continued on lap 11 of 56.

Vettel had lurked in the slipstream and DRS range of Leclerc for a number of laps, prompting Ferrari to give the 21-year-old the hurry up, before deciding to switch the drivers in order to pursue the leading Mercedes pair of Lewis Hamilton and Valtteri Bottas. However Leclerc was left surprised by Vettel’s inability to pull out a gap after the manoeuvre, believing that both were struggling with excessive tyre wear and temperatures on the medium compound.

The German, who looks to be Ferrari’s designated lead driver in 2019, was then given the optimal strategy for the remainder of the race while Leclerc struggled on a sub-optimal plan and finished in fifth – behind Red Bull’s Max Verstappen.

Horner gave his opinion on the situation to Motorsport.com, saying that Red Bull had no right to finish ahead of a Ferrari on outright pace in Shanghai.

“I don’t think we had a faster car than Ferrari today, and so our best way of beating at least one of their cars was going on to the two stop. That then sparked some discussion between Sebastian and his pitwall as to whether or not they were going to stop at all. But in the end they covered [Verstappen], Mercedes had to cover him, and Leclerc got hung out to dry a little bit.”

In a smart move, Leclerc refused to criticise the decision in his post-race interviews. But Mercedes boss Toto Wolff – no stranger to team-play himself – openly said that Ferrari may have opened a “can of worms” by pulling such a move in just the third round of a 21-race championship.

Mercedes caused an uproar in Russia last year by asking poleman and comfortable race leader Bottas to move over for Hamilton to the benefit of the Brit’s world championship charge. Given the considerable points gulf between Hamilton and Vettel at that stage of the season, many felt that Bottas – who would end a torrid 2018 winless – was hard done by.

Wolff did have some sympathy however, adding that it can be difficult to manage two evenly-matched drivers:

“That’s a tricky situation because you would like the quicker car hunting down your opponents and Sebastian said he had the quicker car at that stage and they reverted the order. I can understand that. Nevertheless, when you start doing these things it becomes very complicated and you start a precedent and open a can of worms. Then you might have to call at every race that the car behind can go quicker. So, it’s not an easy situation and we have been there with Nico [Rosberg] and Lewis and with Valtteri too.”

“We had a situation today where [Bottas and Hamilton] were pushing each other very hard and taking a risk to potentially not finish the race. It’s not a Ferrari problem alone, every team has that issue if you have two alpha drivers.”

So, has Ferrari made a mistake in favouring Vettel so early in the season against Leclerc – a young and riled-up driver with everything to prove? Let us know your position (no swapping, please) in the comments below. 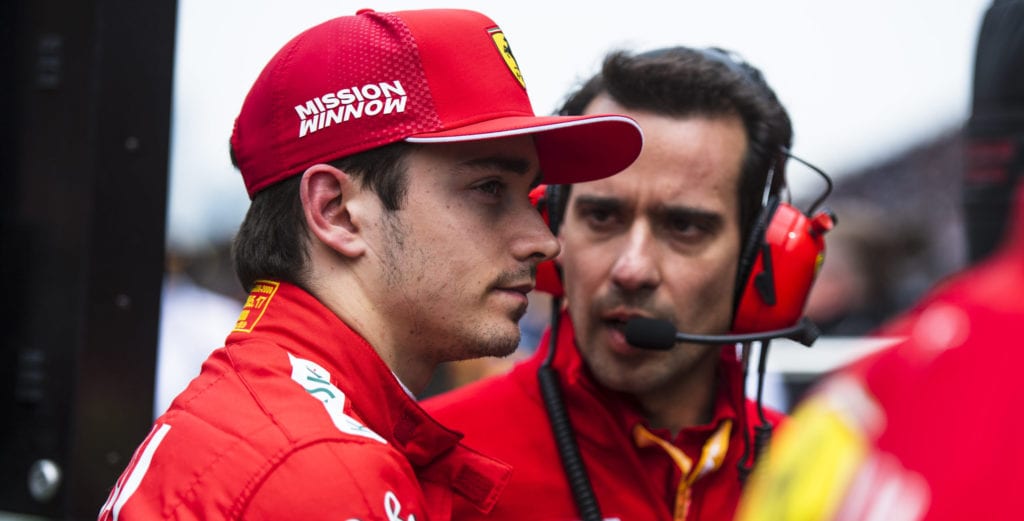