Though it took a few races for him to start to deliver on the track, off-track Leclerc has been seriously impressive as a rookie so far this season. In Australia he was quite self-critical of his performance, the big reputation he brought as a potential future Ferrari driver a clear weight on his shoulders.

He has also put his hands up over team radio on a few occasions so far this season when he has made mistakes. He’s clearly a driver wary of the fickleness of reputations in F1, aware that the tide of opinion can spin on one or two incidents. Just look at Max Verstappen.

Leclerc had an awakening start to the season with the newfound hunger that Marcus Ericsson showed early on. But unlike previous years, Sauber isn’t a definitive backmarker team this season and there might be other chances to score points this season.

However, Leclerc is continuing to say the right things; there’s a humbleness about his approach to F1 and he isn’t taking anything for granted. Speaking to Autosport, he was quick to put his mega Azerbaijan weekend (where he started 13th and finished sixth) firmly in reality.

“Being realistic, this is not going to happen every race. OK, we have made everything right this weekend, everything went very well, but nobody should expect the same race next time. It would be stupid. I think it’ll be a combination of everything. We shouldn’t expect this, but we’ll work to get a similar result in the future.”

Sauber must optimise this early part of the season before the development race comes into full swing. The Swiss squad lacks the financial freedom to develop its package as aggressively as some of the teams around them, so it might become more difficult to grab points as the season progresses.

But in Leclerc, the team has a driver who has transitioned impressively from a junior with a soaring reputation and huge expectations, to a grounded F1 rookie aware not only of the mountain base at which he stands, but of the climb ahead. 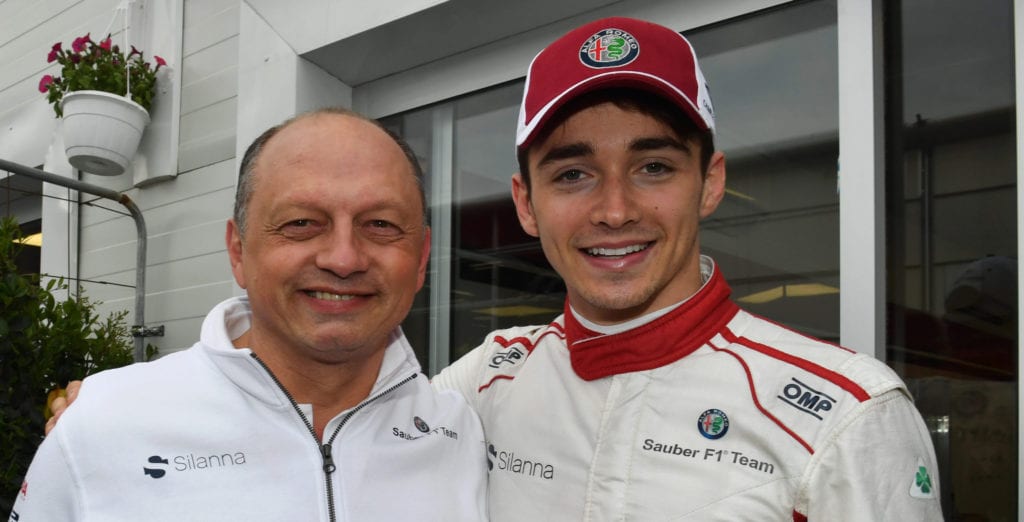