Leclerc Makes It Three Poles In A Row With A Simply Stunning Singapore Lap – WTF1
Skip to content
×
Formula 1 , News

Ferrari’s big strength this season has been the power deployment on long straights. There aren’t too many of those around the Marina Bay circuit so Ferrari was somewhat expected to struggle a bit against Mercedes and Red Bull this weekend, but that turned out not to be the case.

Leclerc and Sebastian Vettel ended Q2 top of the pile, a few tenths ahead of the chasing pack, but in Q3 showed that they still had plenty in reserve. Vettel banged in a scintillating time on his first run, more than a third of a second quicker than anybody else, with the Mercedes drivers over a second in arrears. However, Vettel then hurt his chances of taking a redemptive pole as his second one was rather scruffy and he ended up having to abort the lap.

Meanwhile, Leclerc was on an epic lap of his own. Despite a slightly slow middle sector, his first and third sectors were fast enough to not only beat Vettel’s seemingly incredible pole time, but do so by over two tenths. To compound Vettel’s misery, Hamilton also pulled out a quality lap to squeeze onto the front row.

Max Verstappen wrung the neck of his Red Bull but fourth was all it had to give, while Valtteri Bottas ended up a distant fifth, with Alex Albon a solid sixth for his first time at the tricky circuit. Carlos Sainz took best of the rest ahead of the Renaults, with Lando Norris unable to replicate his mega Q2 time to end up 10th.

Sergio Perez did a solid job to almost squeeze through into Q3, but will drop from 11th to 16th due to a gearbox penalty – the legacy of a brush with the wall in FP3. Both Haas drivers struggled for pace (losing the Rich Energy logos from the car has obviously cost them a good few tenths), with the newly (and somewhat surprisingly) re-signed Romain Grosjean ahead of only the two Williams drivers.

Though straight-line speed is Ferrari’s strength, Mercedes still came close to beating Leclerc at both Spa and Monza – the two tracks where Ferrari surely had the biggest advantage. Although Singapore is a much harder place to pass, you’d have to suspect that it’ll be difficult for Leclerc to convert his third consecutive pole into a third consecutive win. The start will be critical – if Vettel can get ahead of Hamilton and interrupt his strategy, then game on. If Hamilton maintains his position, it could well be a matter of when, and not if he finds his way into the lead.

That said, with Bottas not looking too great down in fifth, Ferrari could well end up having the upper hand when it comes to strategy. Oh yeah, and you can never rule out Verstappen… 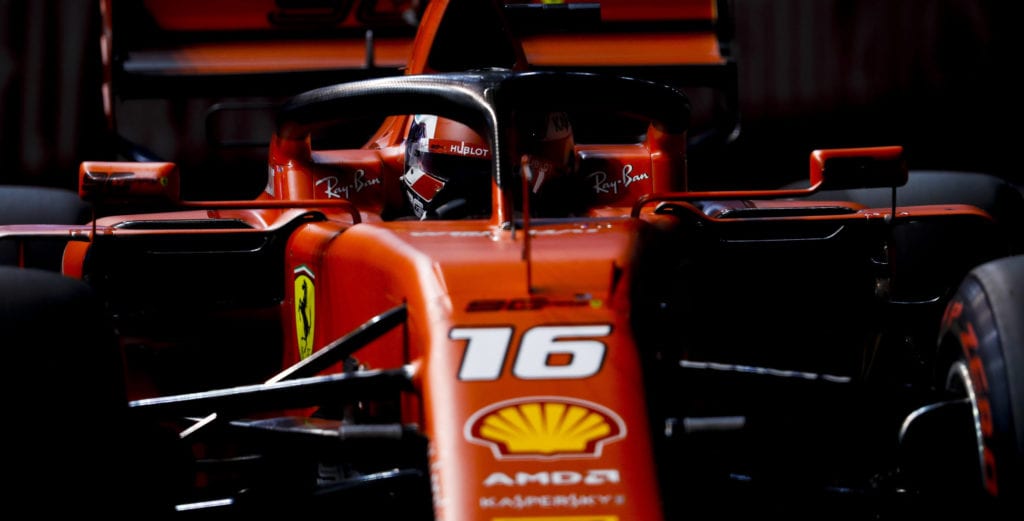