Leclerc is consigned to starting his home race from 15th place (promoted from 16th by a penalty for Antonio Giovinazzi) at the most overtaking-limited track on the Formula 1 calendar, as Ferrari showed its tendency to drop the ball – again. With the track improving rapidly, Leclerc was powerless to join the various purple and green sector times that were put in by the late runners as Ferrari had previously thought the 21-year-old was safe.

The Monegasque had initially lost some time because of missing a signal to pay a visit to the weighbridge, meaning his mechanics had to push the car back down the pitlane. But, speaking to Sky F1 after his elimination, Leclerc said that this had no bearing on him not making it back out on track – and he was yet to have an explanation for the strategy.

“I asked whether they were sure [we were in], they told me ‘we think we are’. I said shouldn’t we go and get out again?’ But there was no real answers. I didn’t have any explanations yet in detail. Very difficult one to take.

“We had plenty of time even when we went out of the box to go out again…the weighbridge wasn’t the problem. We still had the fuel to go again and only [needed to] change tyres. I need some explanations, I don’t know for now.”

After being asked about his approach and hopes for tomorrow, Leclerc said that he may have to risk crashing in order to move up the field and collect some meaningful points. He also hoped for rain but, while it is provisionally forecasted, it doesn’t look like it will hit the principality until five o’clock local time – around 20-30 minutes after the chequered flag. Furthermore, it’s only a 30 per cent chance; the 40 per cent chance of rain for qualifying didn’t materialise.

“Hopefully rain and then there will be a bit of a lottery. If it’s dry it’s going to be boring. I’ll have to take a lot of risks I think, even risking to crash. But in the end that’s the only thing we need to do now – to be extreme in our overtaking because this is a track where it’s basically impossible to overtake.”

In a race that means so much to him, you have to sympathise – he’d shown very promising pace in FP3 and could possibly have taken the challenge to Mercedes. 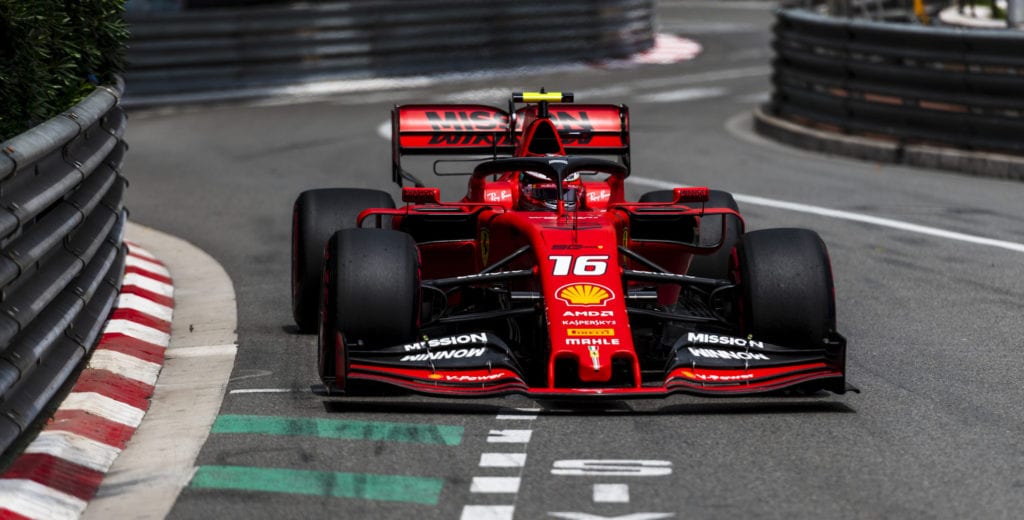