Leclerc Says “I’ve Been An Asshole” As He Takes The Blame For The Vettel Collision – WTF1
Skip to content
×
Formula 1 , News

We’ve had time to learn over his short career so far that when Leclerc makes a mistake, he’s very hard on himself: after crashing out in qualifying in Baku last year and costing himself a shot at pole he famously said “I am stupid”.

Now, he’s done it again. On the first lap of the Styrian GP he went for a very optimistic move up the inside of his teammate – who was already racing two or three other cars – up at Turn 3. Leclerc bounced off the inside kerb and over the top of the other Ferrari, wiping Vettel’s rear wing off and seriously damaging his own car. Both cars were out and afterwards, Leclerc was very critical of his own actions, calling himself an asshole for what happened.

He expanded on his disappointment, saying:

“I apologised [to Vettel]. Obviously excuses are not enough in times like this. I am just disappointed in myself. I’ve done a very bad job today. I let the team down. I can only be sorry, even though I know it’s not enough. I hope I will learn from this and we will come back stronger for the next races.”

“It’s a tough time for the team. We don’t need that, the team doesn’t need that, and I put all the thoughts of the team in the bin. I’m very sorry, but it’s not enough, again.”

A dejected Vettel was also understandably frustrated, particularly as he was hoping to get in a good solid race run to see whether or not Ferrari’s updates were working as intended.

“[There was] not much that I could have done differently. I was fighting two other cars, we were already three cars into Turn 3.”

“It was a bonus to come back to the same track and also today is very similar in terms of conditions. But we will not get that answer I’m afraid. Also for the update we would really like to get the race on the line and some laps to see where the car is, but unfortunately we will not get that.”

I am disappointed in myself. I'm sorry but being sorry is not enough. Seb hasn't got any faults today. I've let the team down after them working a whole week to bring the updates early. Too eager to gain those places in the first lap. I will learn from it.

After the heroics of his performance last week, committing the cardinal sin of hitting his teammate puts the cherry on the top of a disappointing weekend for Leclerc, who not only failed to make Q3 in qualifying, but was then penalised for blocking Daniil Kvyat.

The one positive for Ferrari is that the car seems to be reasonably quick through the corners and is just struggling on the straights; the next race is at the Hungaroring – and there ain’t a lot of straights there. 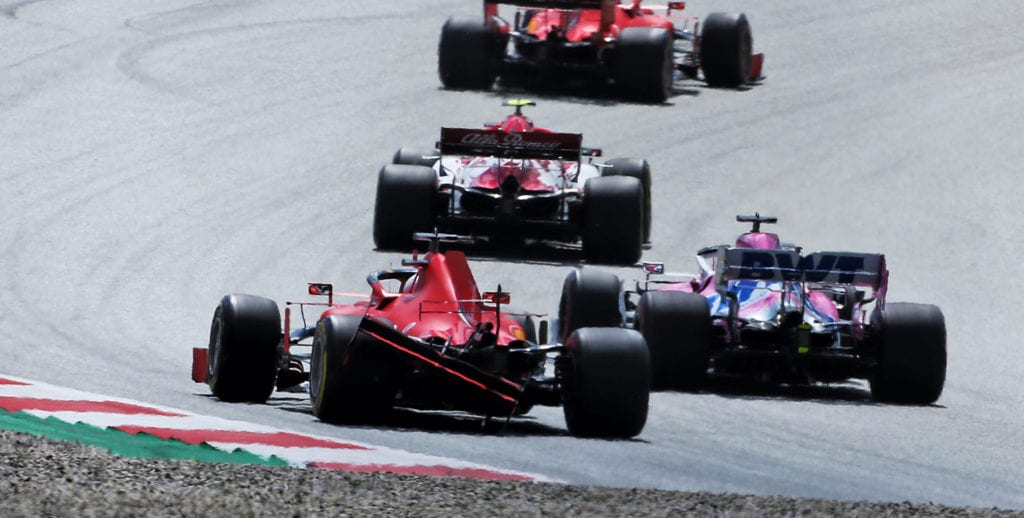