Leclerc Surprised With Pole But Concerned About Gearbox After His Crash – WTF1
Skip to content
×
Crash , Formula 1 , News

Leclerc Surprised With Pole But Concerned About Gearbox After His Crash

Have we all got our breath back after that totally insane Monaco qualifying? It had everything, but everyone is talking about THAT crash with Charles Leclerc. He starts on pole position at his home race. However, he brought out the red flags with just seconds left and prevented others from beating his pole time.

It’s very controversial, with some even questioning if he did it on purpose. We have seen mistakes made all weekend at the swimming pool chicane, with Nicholas Latifi having an almost identical crash in FP3 earlier in the day. It seems it was just an accident, but there are now concerns that the car will need a new gearbox.

“I am [worried about the gearbox],” Leclerc told SkySportsF1 after securing his first pole position since the 2019 Mexico Grand Prix.

Not how Charles Leclerc would have expected to take his eighth pole position 😱#MonacoGP 🇲🇨 #F1 pic.twitter.com/1Dq2Sg4Y7Q

“It’s a shame to finish in the wall. It doesn’t feel the same, but at the same time, I’m incredibly happy about my first timed lap.

“The first corner was quite tricky. I didn’t do a great first corner, but then in the second and third sector, I nailed it and just very, very happy to be on pole, obviously.

“It was very, very difficult to manage myself mentally after Q2. I could feel I was quite emotional in the car, and I told myself now it is Q3, now it’s time to put everything together, and I managed to do so. So I am incredibly happy, but it’s tomorrow we score points.

“But, I have to say that it is a big surprise for everyone to be on pole and in fourth place for the race tomorrow.”

Asked whether he could win the race tomorrow, Charles said he was “always” very unlucky at Monaco, so we should “just wait and see”.

Were you surprised to see Ferrari on pole this weekend? Let us know in the comments below. 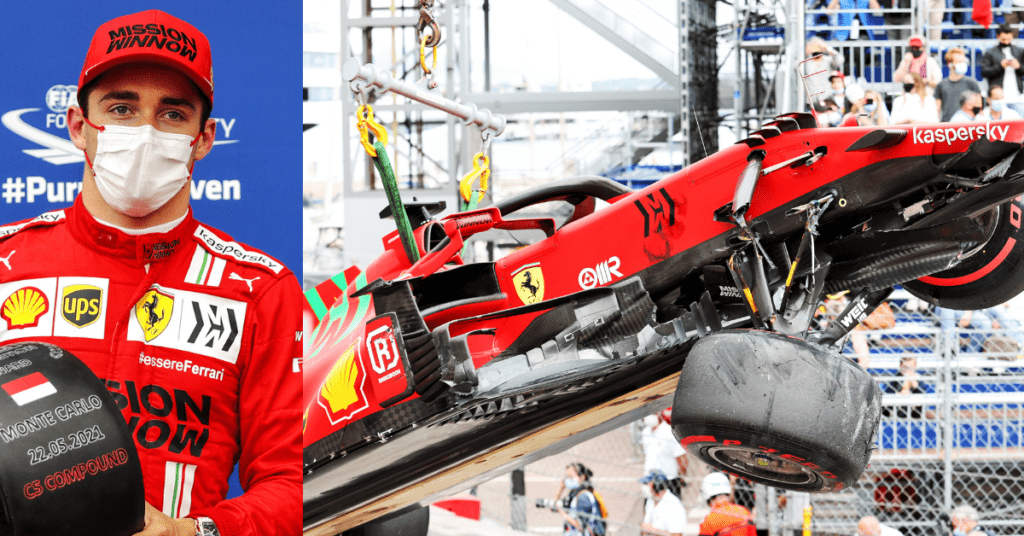