The theories behind Ferrari’s dodgy pace in Australia were many and varied – was it a case of Mercedes sandbagging over the winter? Was Ferrari nursing an issue with its power units? Does the car simply not suit Albert Park? Did losing the Mission Winnow branding also cause the pace from the car to disappear?

Either way, the livery is back to normal for Bahrain and Ferrari has been on top form all weekend. Top in all the practice sessions and fastest in all stages of qualifying by a fairly comfortable margin, it should have been a battle between Leclerc and Sebastian Vettel for pole. But even in that aspect, it was barely even a contest – Leclerc has looked the fastest driver all weekend and took pole comfortably, almost three-tenths ahead of his teammate.

Mercedes ended up on the second row, Lewis Hamilton ahead of Valtteri Bottas, with Toto Wolff saying that the team was losing time on the straights. Fifth is Max Verstappen – but only just. He was just five-thousandths of a second ahead of the Haas of Kevin Magnussen, who was stonking in qualifying, as was Carlos Sainz, who was only slightly further behind. It also means that McLaren is just under a second off the pole times – quite an improvement from when the team was fighting for last with Williams at the end of 2018.

Romain Grosjean ended up eighth, Kimi Raikkonen ninth and Lando Norris 10th, making it two Q3 appearances in a row for the 19-year-old. That means there’s one conspicuous name absent from the top 10 – Pierre Gasly. He couldn’t get on top of his RB15 and while his Q1 exit in Australia was down to bad strategy, here it was just a pure lack of pace.

Another shocker was Nico Hulkenberg, who’d looked like being an easy shout for Q3 during practice, yet in qualifying he couldn’t make it out of Q1 while Daniel Ricciardo ended up 11th.

At Toro Rosso it was Alex Albon outqualifying Daniil Kvyat again as the Russian had some sort of issue in Q2. Sergio Perez will start 14th on a weekend where Racing Point isn’t looking especially strong, while Antonio Giovinazzi and Lance Stroll joined Hulkenberg and the two Williamses in dropping out in Q1.

Ferrari’s sudden turnaround from being slower than Red Bull in Australia to comfortably the fastest team in Bahrain just a couple of weeks later seems to raise more questions than it answers but it means we should be in for a good season – it isn’t going to be all about Mercedes, as many feared after Australia.

Tomorrow’s race should be a cracker, though. Can Leclerc convert pole into victory? Will team orders play a part if Vettel is close to him? Will the Mercedes drivers be closer in the race? And how bonkers will the packed midfield be with that extra DRS zone? 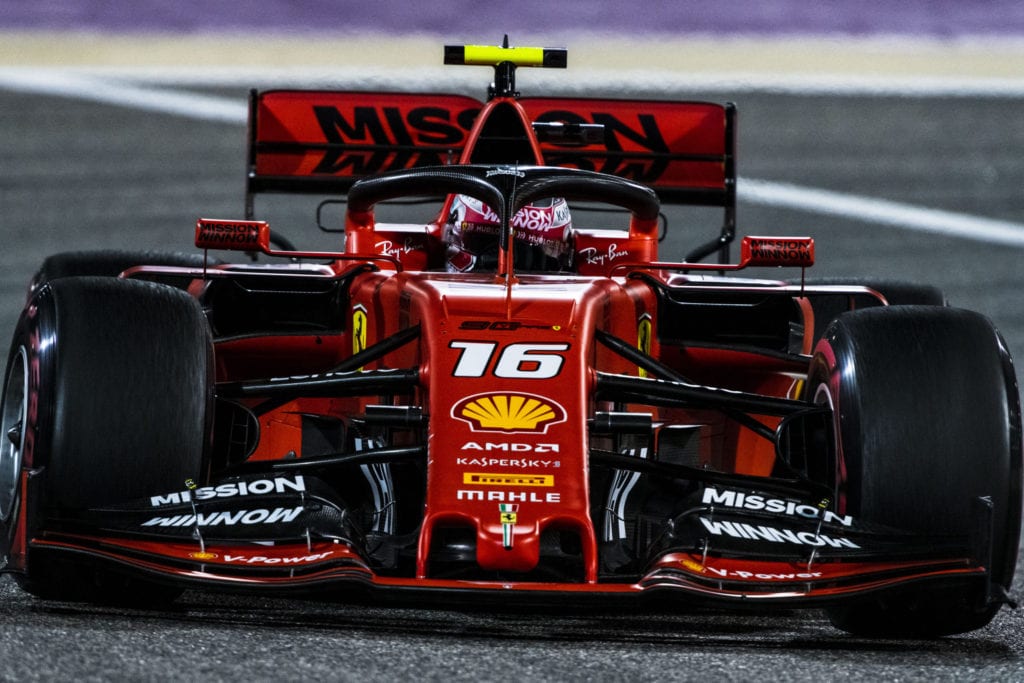