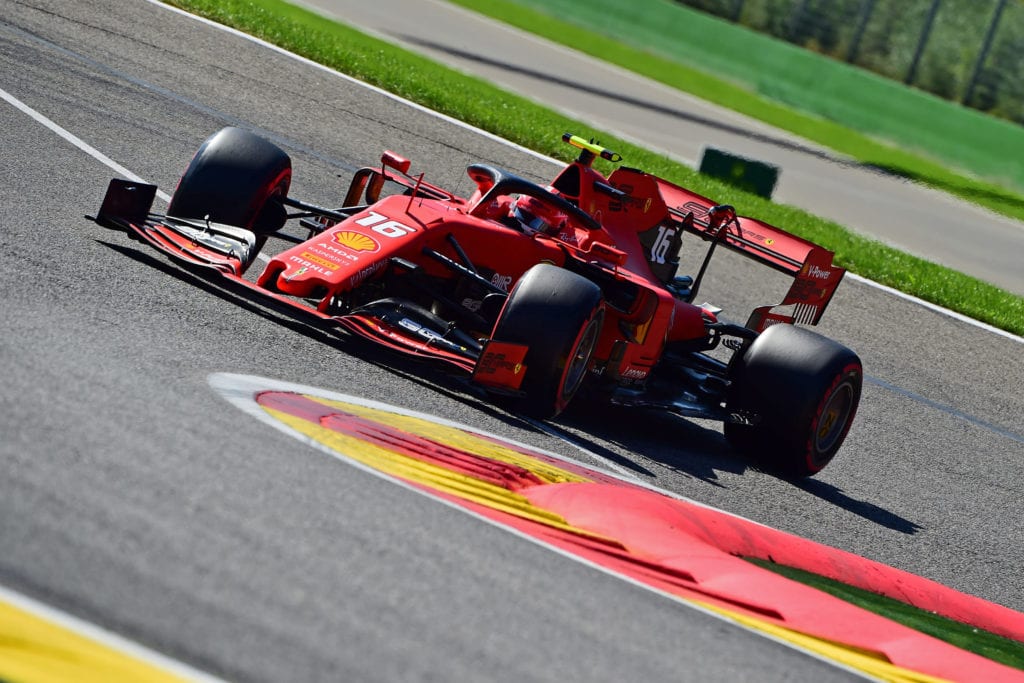 Leclerc Takes Pole At Spa By A Huge Margin

Ferrari has looked supreme all weekend on F1’s return in the Ardennes forest, with Leclerc the dominant performer in three of the four sessions over Friday and Saturday. A best time of a 1:42.519 was more than enough for the Monegasque, who claimed his first pole since Austria. Vettel managed to secure a Ferrari 1-2, but struggled overall and had to watch his team-mate finish up with a 0.748 seconds advantage.

The straightline performance of the SF90 and the Ferrari power unit is a clear trade leader, with Hamilton nearly 0.5s behind in the first sector. But, Mercedes holds a sizeable advantage in the technical middle sector – around 0.3-0.4s.

Mercedes did a fantastic job to get Hamilton back out on track in time for qualifying after a hefty crash in Free Practice 3 required a rebuild of the front end, the barge boards and floor in around two hours. It’s quest was helped by a red flag delay moments into Qualifying 1, but the sight of Robert Kubica’s new Mercedes engine expiring in a huge plume of smoke may prove to be unnerving ahead of Sunday’s race.

Kubica’s failure wasn’t the only one of Q1, as Antonio Giovinazzi’s Alfa Romeo ground to a halt on the run down to La Source with 17 seconds remaining. A huge disappointment for the Italian, as he’d managed to get into the top 10 at the end of the first segment.

Vettel, Hamilton and the second Mercedes of Valtteri Bottas were all separated by a mere 0.148s behind Leclerc in second, fourth and fifth respectively – as crowd favourite Max Verstappen could not get within a second of the ultimate pace. Verstappen also struggled with reliability, his Honda engine ceasing to accelerate early in Q1 on the exit of Pouhon. Fortunately for the masses, the Dutchman managed to return to the track to make it through to Q2 and then Q3 but a lonely fifth place may make for a quiet race if conditions stay dry.

Daniel Ricciardo headed the Renault battle in sixth, benefitting from Alex Albon’s Q2 elimination. But, don’t read into that in any detail – the Thai driver is starting from the back because of some tactical engine penalties. Nico Hulkenberg bounced back from the disappointment of losing his drive, but was nearly three-tenths behind Ricciardo in seventh. Kimi Raikkonen’s mysterious-earned leg injury did not hamper his top 10 ambitions for Alfa Romeo, while Sergio Perez and Kevin Magnussen rounded out the Q3 classification.

With the threat of rain and cool conditions looming over Spa on Sunday, Leclerc and Ferrari’s advantage may disappear overnight. And, look out for Albon, Lance Stroll and Carlos Sainz charging from the back of the grid after they take their penalties. 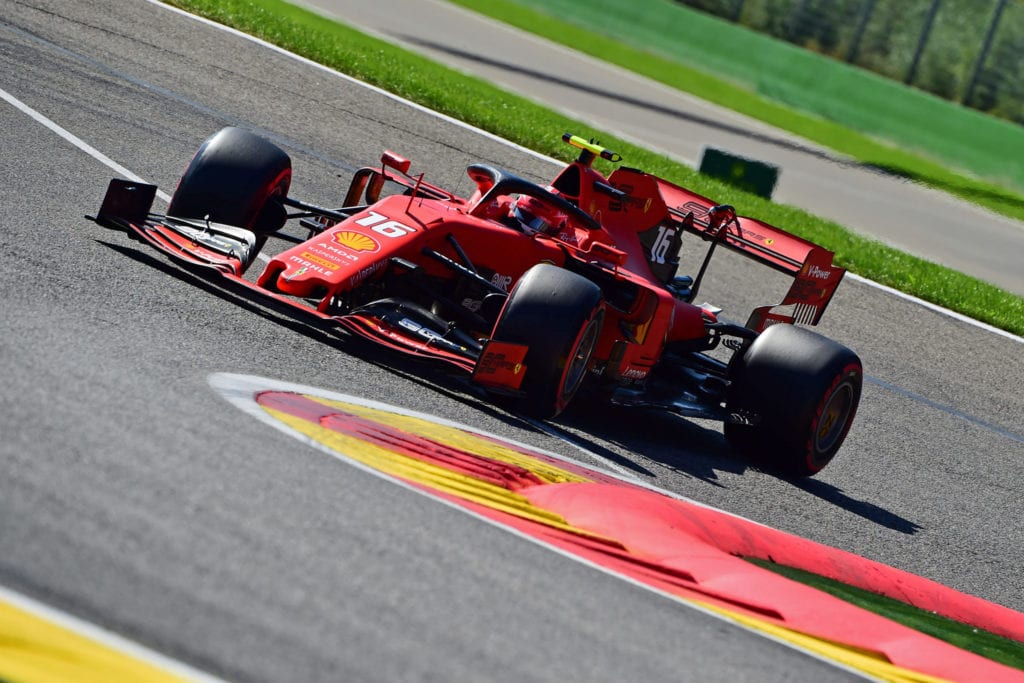