Ferrari has looked rapid all weekend and, just as in Bahrain earlier this year, Leclerc has been the driver that looked to be leading the charge. That didn’t change in qualifying as he took pole by more than two-tenths of a second – a huge gap on a track where lap times are barely more than a minute. However, it won’t be Vettel who joins him on the front row. In a rotten stroke of luck, his Ferrari developed some sort of issue in Q2 which the team couldn’t fix in time for the pole position shootout and he was unable to even set a lap.

Lewis Hamilton pinched second in a tricky session for Mercedes as both drivers had to do a second run in Q1 just to be sure of not dropping out. However, during that session, Hamilton appeared to hold up Kimi Raikkonen at Turn 3 and is being investigated by the stewards. Should he be given a grid penalty, Max Verstappen will join Leclerc on the front row. Yup, he out-qualified Bottas and proved that all three top teams are actually quite close this weekend, which bodes well for the race.

Top of the midfield was Kevin Magnussen, who pulled off a stunning lap to pip Lando Norris and both Alfa Romeos to fifth, which makes it kind of a shame that he’s got a five-place grid penalty for a gearbox change. Pierre Gasly’s woes continued as he ended qualifying ninth, seven tenths slower than his teammate.

Both Renaults dropped out in Q2 along with Romain Grosjean, Alex Albon and Carlos Sainz (though with the Spaniard set to start near the back with engine penalties, he didn’t set a representative time). On driver who perhaps should have made Q2, but didn’t, was Daniil Kvyat. He was very badly blocked by George Russell at the end of his Q1 and had to take evasive action, spoiling his run and leaving him 18th behind both Racing Points.

With Sainz, Magnussen, Albon and Nico Hulkenberg all set to take grid drops for various mechanical changes, plus the potential for Hamilton and Russell to get penalties, the grid will line up very differently to this. However, it’s great to see the top teams so closely matched and, regardless of whether or not Hamilton drops down the order, we’re set for a great race. Leclerc looks able to fight for a win, but will his car last? And will starting on the softs compare to those around him on mediums work out? How much more competitive will Verstappen be during the race? Is this finally going to be the race where Mercedes is beaten? Can Vettel recover more convincingly than he did in France? How will the three DRS zones contribute to the racing? How many more questions can we ask in this paragraph? 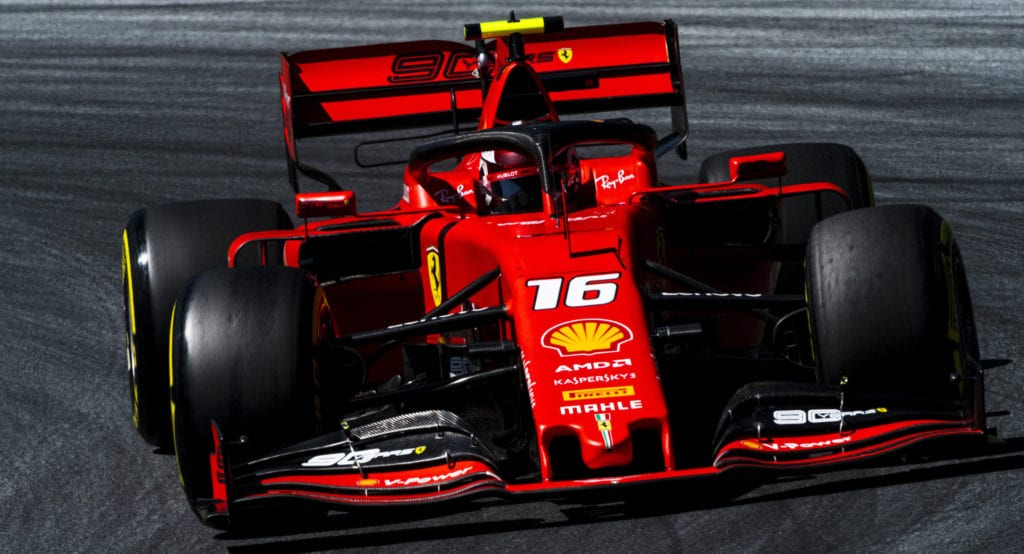