Leclerc Wants To Build Up To Have A Test On A MotoGP Bike – WTF1
Skip to content
×
Formula 1 , MotoGP

As a guest of the Ducati team (which is also running the controversial Mission Winnow sponsorship this year), Leclerc couldn’t have picked a much better race weekend to attend. Italian rider Danilo Petrucci secured an emotional first win after 124 starts, riding an Italian bike on home soil at Mugello. On top of that, he won the race with an epic last lap double overtake on teammate Andrea Dovizioso and the legend that is Marc Marquez. First wins don’t come much better.

Mugello itself is also one of the finest tracks on the MotoGP calendar (quite a few F1 drivers have mentioned in the past they’d like to see an F1 race there) and the atmosphere is never anything less than electric. It’s an intoxicating combination for any attendee and Leclerc has now said that he wants to have a go on a bike. He told MotoGP.com:

“It’s very impressive. It’s my first time at a MotoGP and to see the speed they are going, especially through the corners on two-wheels is just incredible. I drove here back in Formula 3, but being here for the first time at a MotoGP, I now absolutely want to try one of these bikes. I cannot ride one straight away, but maybe to train with some bikes on track is the target now.”

The link with Ducati could make that a real possibility, too – Michael Schumacher had a couple of tests on a MotoGP bike once he’d retired from F1.

Leclerc isn’t the only driver who’s been bitten by the two-wheeled bug recently, either. Fernando Alonso has ridden Honda’s MotoGP bike, while Lewis Hamilton has been taking his superbike tests relatively seriously and is also hoping for a go on a MotoGP bike at some point. 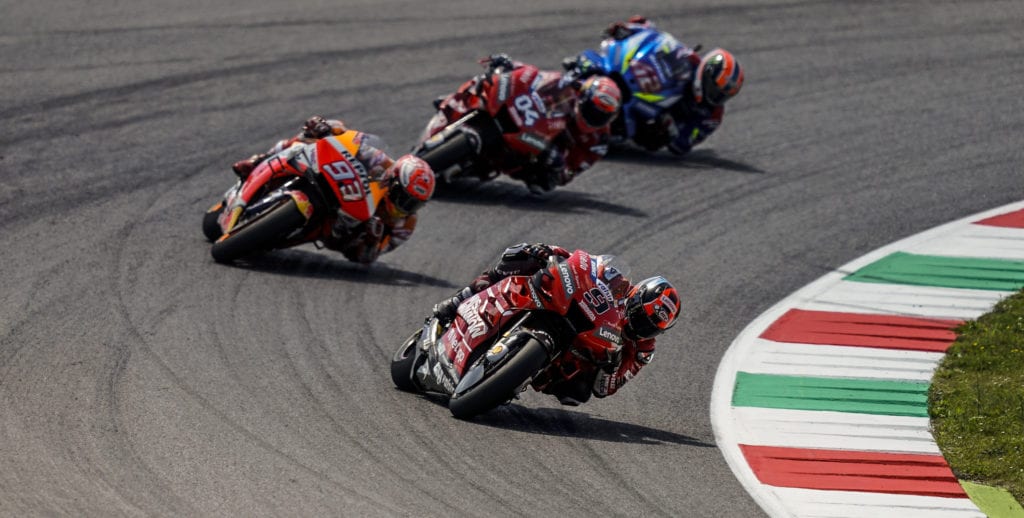