The voice of F1, Murray Walker, has passed away aged 97.

For audiences around the world, Murray was the link between them and F1. His enthusiastic and infectious joy for motorsport brought the racing to life and earned him immense love from every viewer. He commentated on the championship full-time from 1978 until his retirement in 2001.

The British Racing Drivers Club shared the news this evening: “It’s with great sadness we share the news of the passing of BRDC Associate Member Murray Walker OBE.

“A friend, a true motorsport legend, the nations favourite commentator and a contagious smile. We thank Murray for all he has done for our community.

It’s with great sadness we share the news of the passing of BRDC Associate Member Murray Walker OBE.

A friend, a true motorsport legend, the nations favourite commentator and a contagious smile.

We thank Murray for all he has done for our community.

Murray set the form for every motorsport commentator since, and his electric approach became a trademark.

His comical way with words and ability to never get flustered led to some remarkable moments that will always be remembered in his name as ‘Murrayisms’.

His rapport with commentary partner James Hunt is still brought up by many as the best partnership to cover the sport.

His delighted style matched with the ever-dry Hunt, and gave them huge popularity which continued long beyond its premature end due to Hunt’s passing in 1993.

As the son of a motorbike racer, he was around motorsport all his life. He started commentating on local hill climbs before F1 even existed with his first radio appearance being for the 1949 British Grand Prix.

He commentated alongside his father on the Isle of Man TT before taking up occasional F1 commentary in the seventies, becoming full-time as popularity soared after the Hunt and Lauda title fight.

As well as Hunt, Murray commentated alongside Jonathan Palmer and Martin Brundle until he retired. He always had high praise for Brundle with the duo being perfect for each other.

Rest in Peace Murray Walker, a gentleman and a legend in every sense of the word. It was an honour to know you, a delight to spend time in your company and inspiring to listen and learn from you. THE voice of Formula 1 and always will be. Thankyou xx

Murray stayed involved long after his retirement. He was involved with coverage with BBC, ITV, Channel 4 and Sky Sports and his enthusiasm for F1 never faltered.

He will always be remembered as the F1 commentator. 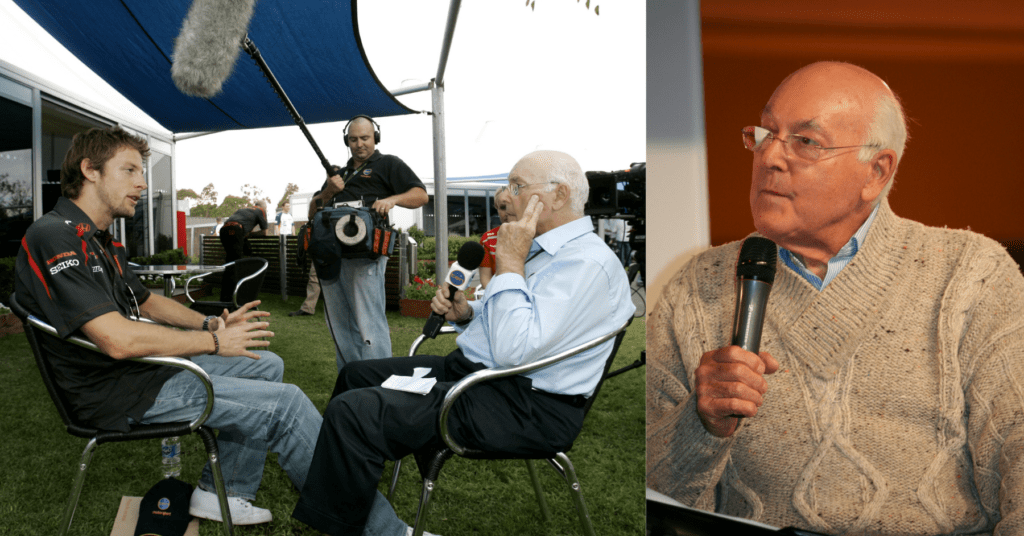