Whiting started out his F1 career working for the Hesketh team in 1977. He moved on to Brabham where he helped engineer Nelson Piquet’s two championships with the team in 1981 and 1983, and in 1988 he joined the FIA as a technical delegate. In 1997 he was promoted to his famous role as race director which famously included controlling the light sequence at the start of races, as well as overseeing the running of a grand prix weekend and pushing for higher standards of safety – among many other things.

Sadly, the FIA confirmed in a statement that on Thursday morning in Melbourne, Whiting died as the result of a pulmonary embolism. FIA president Jean Todt said:

“It is with immense sadness that I learned of Charlie’s sudden passing. I have known Charlie Whiting for many years and he has been a great Race Director, a central and inimitable figure in Formula 1 who embodied the ethics and spirit of this fantastic sport. Formula 1 has lost a faithful friend and a charismatic ambassador in Charlie. All my thoughts, those of the FIA and entire motorsport community go out to his family, friends, and all Formula 1 lovers.”

We offer our sincere condolences to his family, friends, and all those who knew him. 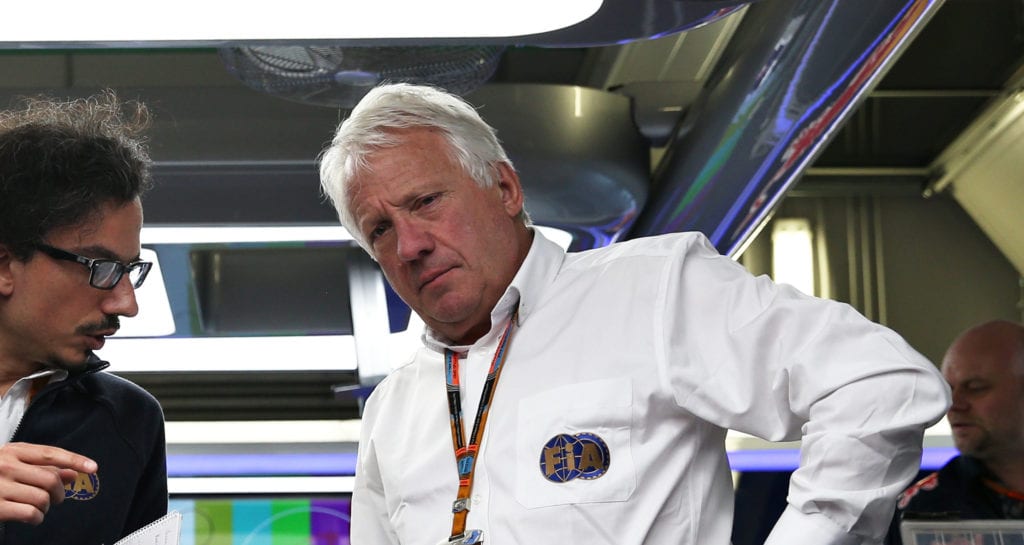