Due to the track being recently resurfaced ahead of F1’s return to Istanbul Park, Hamilton called the slippery conditions “terrifying” and how he wasn’t able to get enjoyment driving the circuit as a result.

FP1 at the Turkish Grand Prix might as well have been held on an ice rink with the conditions the drivers experienced. With a new track surface laid just a week or two ago in addition to the tyres not warming up well enough, the results were cars skidding around the track and embarrassingly slow times being set.

“It’s terrifying the whole way around,” Hamilton said after his laps of the track. “It’s almost like there are wet patches all over. So as you’re on slicks, you’re accelerating and then [snaps into a spin] so fast.

“For some reason, this surface is so smooth. The older circuits, unlike the surface here, for example, it’s much more open between the tyres so it works the tyre more. This one it’s super-closed, flat and shiny and the oil seeps from the Tarmac.

Hamilton only managed to get 12 laps in during FP1, finishing the session in 15th.

However, Hamilton’s teammate Valtteri Bottas seemed to enjoy sliding around the track saying “it was actually quite far away, initially, of the normal driving style we’re used to in Formula 1 and I really had fun playing around, it was really enjoyable.”

Plenty of drivers were also critical of track conditions with Grosjean even suggesting sending a rental car out between sessions to get more grip on the track.

“I suggested to the team that everyone involved in Formula 1 should get their rental car and go on track between the two sessions to get some dust out of the track but it was slippery,” he said.

There are also no extra support races at this weekend’s Turkish Grand Prix to help lay down extra rubber either. So, drivers will be hoping for no rain overnight to wash away all the dirt and rubber they have laid down in those two practice sessions.

Did you enjoy seeing the slippery track conditions or is it too silly to expect drivers to race on surfaces like that? Let us know! 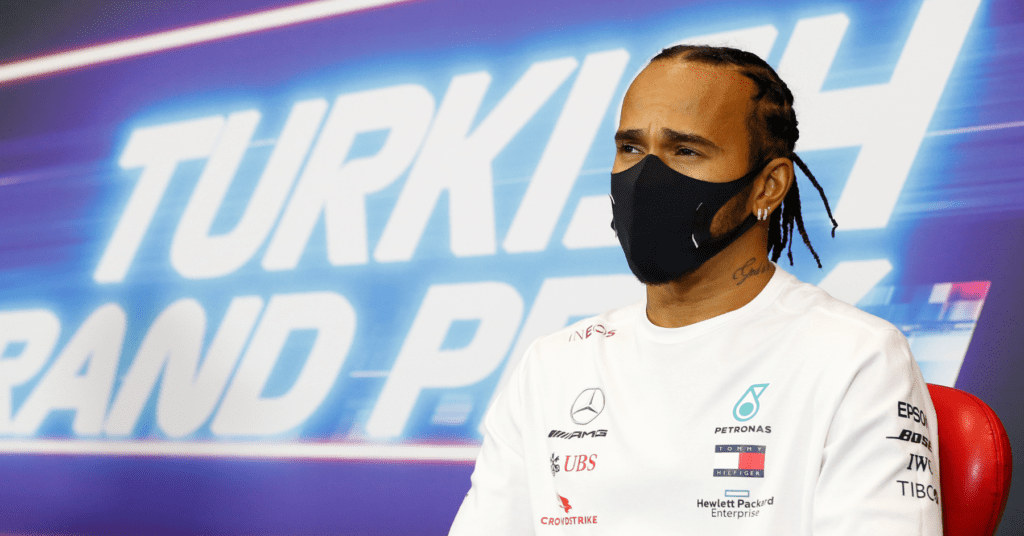