The 2017 Abu Dhabi GP was… well, rather processional. Although Hamilton spent a good deal of the race rather close behind his teammate, he never got close enough to launch serious challenge for the win.

Valtteri Bottas drove brilliantly, yes, but even he acknowledged that the track layout played a part in being able to fend off Hamilton.

“I could feel that sector three was good for me, but also it’s a track where it’s really difficult to follow in sector three. Once you get close there, I could feel with the lapped cars, how much you lose. I knew that Lewis was always going to be struggling as he got closer to me in sector three.”

Hamilton said that whenever he got close to Bottas, it felt like he was “hitting a wall”:

“To get as close as I was shows I had good pace. But once you get within 1.2s it’s like you hit a wall and the car stops. Basically you start sliding around, all four wheels. So there was a lot of rallying today.

“You do get a bit of a tow down the straights but once you get to the last sector… It’s a great, great track but unfortunately it doesn’t suit the cars very well. In the last sector you just can’t follow.”

“It’s one of the worst tracks in the sense that you need a 1.4-second advantage to pass the car in front. And we’ve got the same car, we’ve a couple of tenths between us so I was never going to overtake unless he made a big mistake and went off – and even then they have massive run-off areas and you can still keep it on.”

Hamilton wasn’t the only one suffering. Max Verstappen got close to Kimi Raikkonen but couldn’t launch an attack, and for much of the second half of the race a whole train of cars in the lower midfield could barely even get within a second of each other, let alone get close enough to make a pass.

But despite his criticisms of the layout, Lewis still loves Abu Dhabi as a venue – not surprising really, he loves every circuit as a venue. When he finally releases this ‘book’ he keeps teasing us with, I wonder if he’ll say once and for all which circuit really has the best fans…

Anyway, as much as he likes the place, he suggested that layout changes need to be made:

“I think this was one of the best places, if not the best, to have the last race in terms of the atmosphere, in terms of the hospitality, it’s second to none. It’s such a beautiful place so it’s a great week. I think the track, as a lot of the tracks do, has some small flaws in the sense that it’s hard to follow. I’m not a track designer and I don’t know if it can be changed.”

Should the layout be changed? The F1 race produced very little action, sure, but GP3 and Formula 2 gave us some great racing, with plenty of overtaking at various places all around the lap. It’s not an ideal layout for passing (Fernando Alonso knows that all too well from back in 2010) but maybe, just maybe, the cars are part of the problem too. 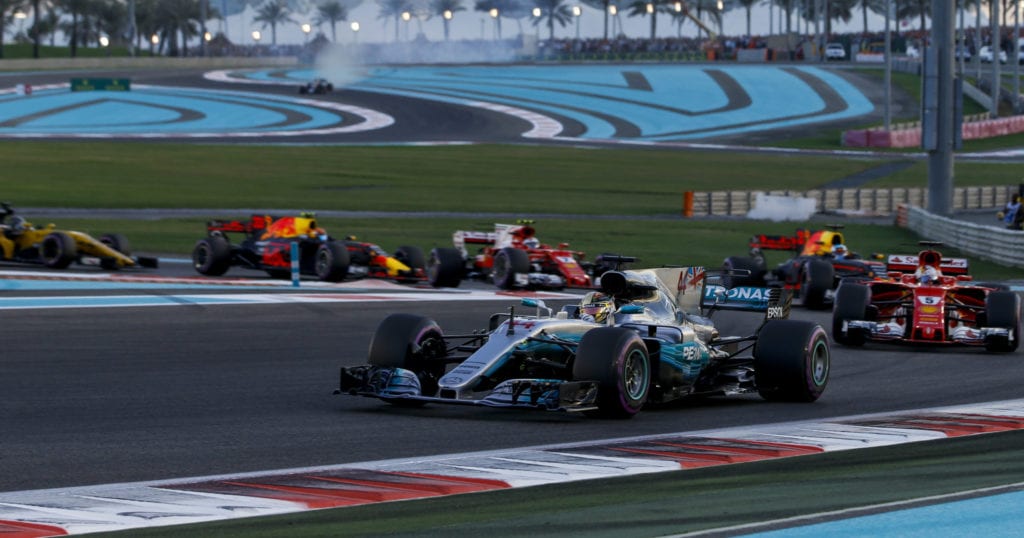