Lewis Hamilton Has Done The Fastest Ever Lap Of Monaco And It's Only FP1 - WTF1
Skip to content
×
Formula 1 , News

We all know how quick the cars are this year, but if there’s one track where you’d expect it to take a little longer for them to beat the times of last season it’s Monaco.

That’s because it takes time for the track to rubber in and for drivers to dial into the unique challenges of the circuit. But evidently the 2017 cars are so quick that the fastest times are already being smashed.

In FP1 the two Mercedes drivers were trading fastest times and before long they were already in the 1:13s. Lewis Hamilton then put in a lap of 1:13.429, almost two tenths quicker than Daniel Ricciardo’s pole position time of 1m 13.622 from 2016.

Hamilton then improved slightly to a 1m 13.425, which ended up being the quickest time of the session. Sebastian Vettel was second fastest and also beat last year’s pole time by just one-thousandth of a second.

It’s not just last year’s pole time they’re beating however. Hamilton’s lap (which is 1.6 seconds quicker than his own pole time from 2015) is actually the fastest ever done at Monaco, beating Kimi Raikkonen’s 1m 13.532, set in qualifying for the 2006 race. Sure, the track has had some slight alterations since then, but it’s still damn impressive.

And remember, this is only FP1! Track evolution at Monaco is more extreme than pretty much anywhere else, so times are only going to get quicker and quicker. In 2016 cars were around two-and-a-half seconds quicker in qualifying than they had been in FP1, so chances are we’ll be seeing times in the 1m 11s in qualifying – or dare I say it, maybe even the 1m 10s. 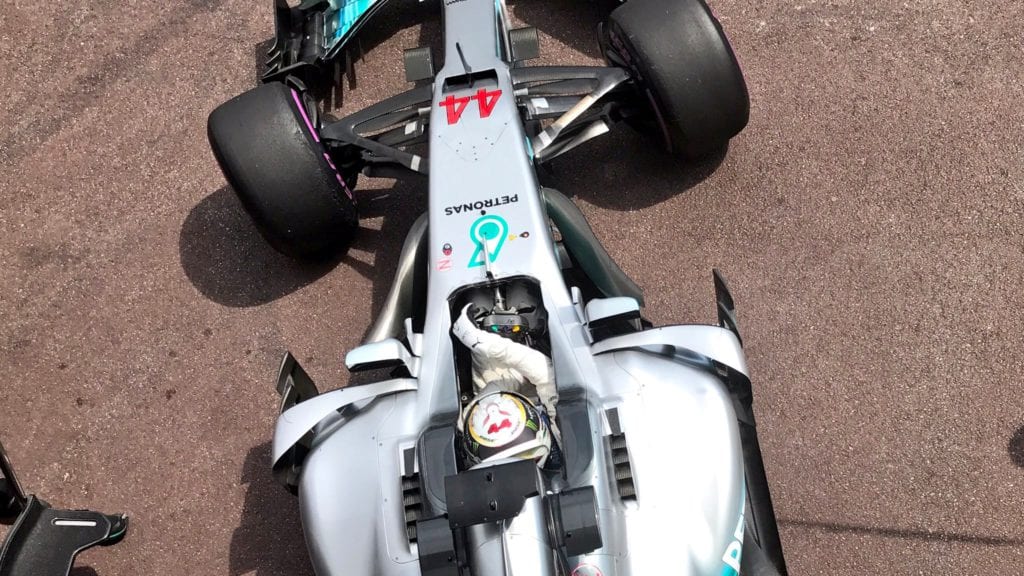