Lewis Hamilton Is Driving Without A Drinks Bottle To Save Weight – WTF1
Skip to content
×
Formula 1 , News

Lewis Hamilton Is Driving Without A Drinks Bottle To Save Weight

It’s common knowledge Formula 1 teams and drivers will go to mad extremes to get the best performance possible from their overall package.

But, that still doesn’t make it any less bonkers that Mercedes driver Hamilton is racing without a drinks bottle to save a little bit of weight.

The Mercedes W08 is reportedly a bit too plump and heavy, struggling to get to the 728kg limit – its new weight-saving diet appears to include the removal of Hamilton’s drinks bottle.

Obviously, the fight between Mercedes and Ferrari is incredibly close and immensely tense, as proved at the Spanish GP, so every little helps in the battle for F1 victory in 2017.

Mercedes has made some progress over the first five races but clearly more needs to be done – perhaps this is why Hamilton sounded so out of breath over team radio in Spain.
Hamilton was asked about the physical challenges of these 2017 cars after the race, replying:

“I think it’s dependent on what kind of race you have. A lot of the races that we do with the type of racing that we sometimes have to do, where you’re saving fuel, like in the last race for example [in Russia], I couldn’t push because the car was overheating.

“Whereas today it was… from Turn 1 to the end, it was flat chat. You’re just using everything you’ve got so for sure, in that first stint, for instance. To stay on Sebastian was a killer.”

“Also, I don’t carry drinks in my car either to save weight, so I’m not having a drink through the race. And then at the end, I used everything I had left when I jumped into my team and my heart rate hit the ceiling.

“I was good when I got out of the car but jumping into… I don’t know if I will do that again. I was a little bit tired after that one.”

It’s quite rare but there have been examples in the past – Adrian Sutil (remember him?) had to ditch his drinks bottle to save weight and Max Verstappen didn’t have one in Australia this year.

Back in 2014, a lot of cars were too heavy and this meant some drivers had to rather drastically lose weight – Jean-Eric Vergne had to go to hospital at one point because of it.

F1 teams and drivers will always push the envelope when it comes to performance. Hamilton doesn’t sound too concerned about not having a drinks bottle, but it’s definitely a crazy step to take. 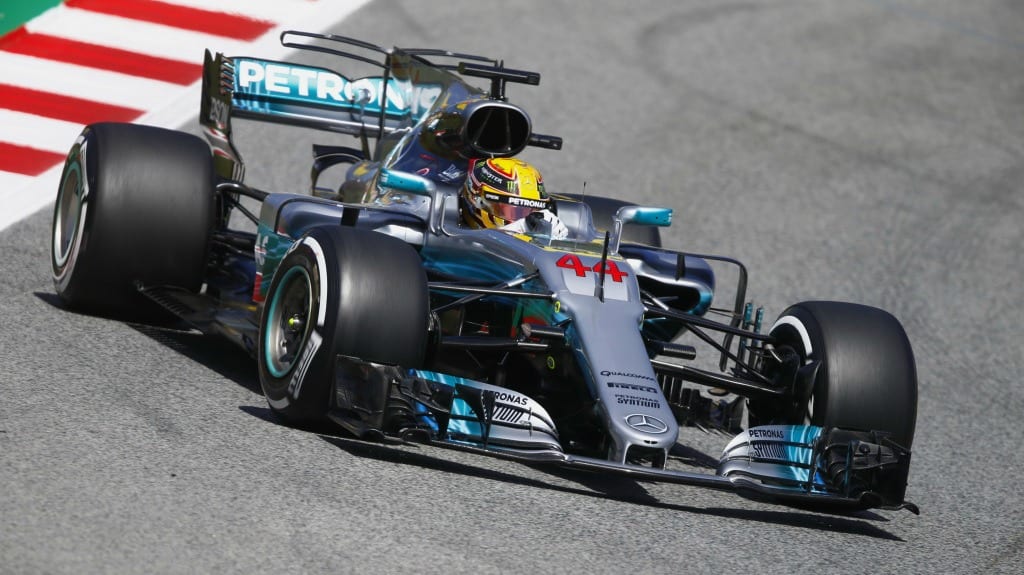