Lewis Hamilton Is One Of The All-Time Great F1 Drivers According To Ross Brawn – WTF1
Skip to content
×
Formula 1 , News

Lewis Hamilton’s fourth world championship put him in the company of some seriously revered names. This year in particular, he’s also started to break some records that were once previously thought untouchable and questions are naturally turning as to where he sits in the ranking of the sport’s all-time greatest drivers.

Ross Brawn was team principal at Mercedes when Hamilton joined the team in 2013, and he thinks he’s definitely earned his place at the top thanks to the way he’s performed this year.

“Lewis deserved this title. For much of the season he was chasing the leader, but after the summer break he found another gear. It’s not just a fourth title that promotes Lewis to the level of the greatest in our sport, the Schumacher’s, Senna’s and Fangio’s. It’s the way he drove this year that really impressed me. Especially in recent races. Even when his car was not at 100 per cent he was able to produce some amazing drives. So really, congratulations to him for a superb achievement.”

Before becoming F1’s motorsport director Ross Brawn had an illustrious career as a team principal and technical director for various teams. As well as Hamilton, he’s worked with the likes of Michael Schumacher, Nico Rosberg, Alan Jones, Jenson Button and even Jos Verstappen, so it’s fair to say he knows a bit about good drivers.

As part of the Ferrari dream team which helped Schumacher to achieve so many records, Brawn admitted he thought they may never get beaten, but Hamilton’s recent successes have led him to have a bit of a rethink:

“I think they are [beatable]. When that happened I couldn’t imagine it being beaten, but looking at the way that Lewis is performing…

“You’ve got to say he’s one of the greats comparable with any of the iconic characters in Formula 1. He made hard work of it [in Mexico], but apart from that he’s been exemplary all year.” 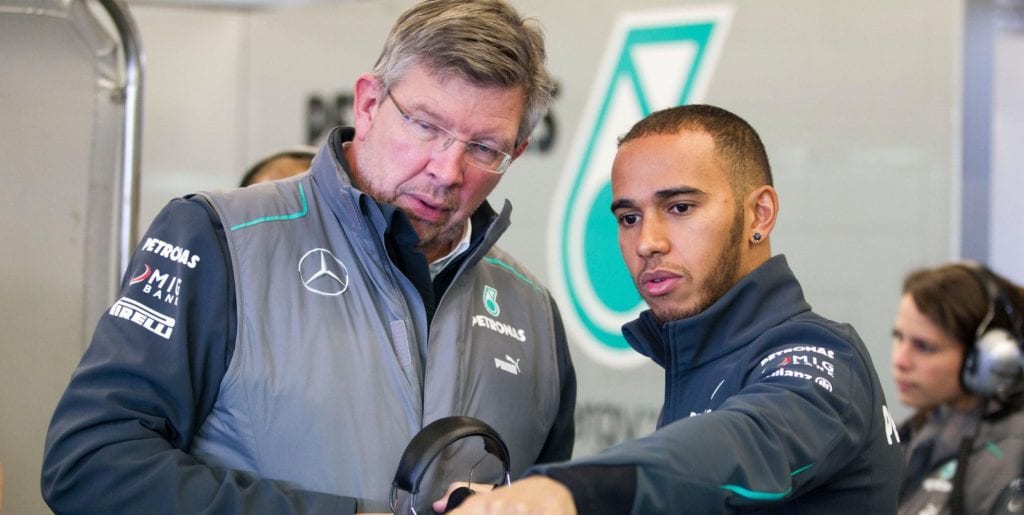