Lewis Hamilton Is Really Looking Forward To The Fight Tomorrow

Lewis Hamilton might be starting in second behind Max Verstappen tomorrow, but he’s as excited as we are for the race tomorrow!

Mercedes were setting themselves up for a walkover from Red Bull but were pleasantly surprised come qualifying.

“When the qualifying session started I was really happy with the balance change that I made,” Lewis said after the Bahrain Grand Prix qualifying.

“Then in Q2 we looked really close and I was like, whoa, maybe it’s closer than I thought, maybe we have a chance here and I gave it everything.”

Going into this weekend, us fans had no idea how the fight would be between Mercedes and Red Bull. We could have had either team being dominant or a really close fight for pole.

Lewis and his teammate Valtteri Bottas were both comfortably ahead of Max on their fastest Q2 laps – which were all set on the medium tyres – and it looked like any of them could take pole. It was all down to the drivers and that is what we love!

Then in Q3, Max stormed the field and took pole by nearly four tenths. It was a mega lap and the Silver Arrows couldn’t match him.

“Just at the end, I don’t know where that time came from that he did so they clearly still have a good chunk of time on us,” Lewis continued.

Hamilton has been dying for a fight for years and to finally have a challenge from Max has definitely got him fired up for the season. “We can still fight from second place,” he said post-quali. We love it!

LEWIS: "Congratulations to Max, so fast on that last lap!

"I absolutely gave it everything I had, but unfortunately it wasn't good enough. There's always more, but it was the best I could do, I got everything I could from the car."#BahrainGP 🇧🇭 #F1 pic.twitter.com/NWFlQT94Ip

“I’m gonna give it everything to try and push them. I think they might still have a bit of an edge on the long run, but anything could happen at the start and I’m gonna be pushing him as hard as I can. It’s tough here with the wind but hopefully we have a chance tomorrow of some sort.

Anything could happen tomorrow. We could get Max and Lewis ahead of the field fighting into the distance like the two supreme talents they are? We might have a tense strategic fight? Maybe even a gutsy, hardcore battle every lap between the two? There is so much that could happen!

The 2021 championship could not have started any better.

What do you think will happen in tomorrow’s race? 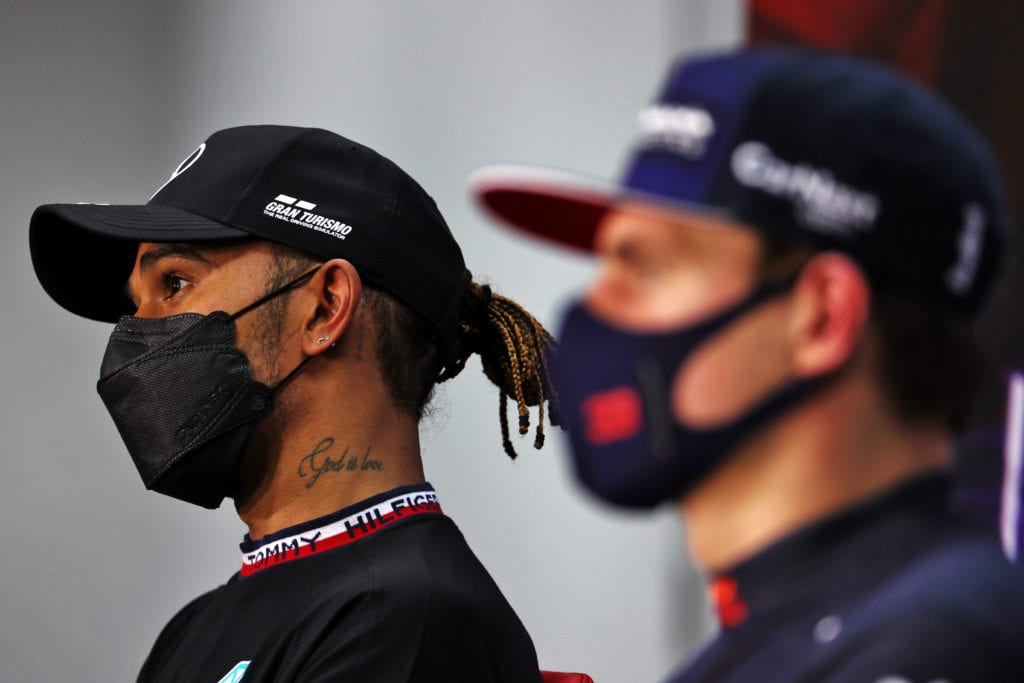